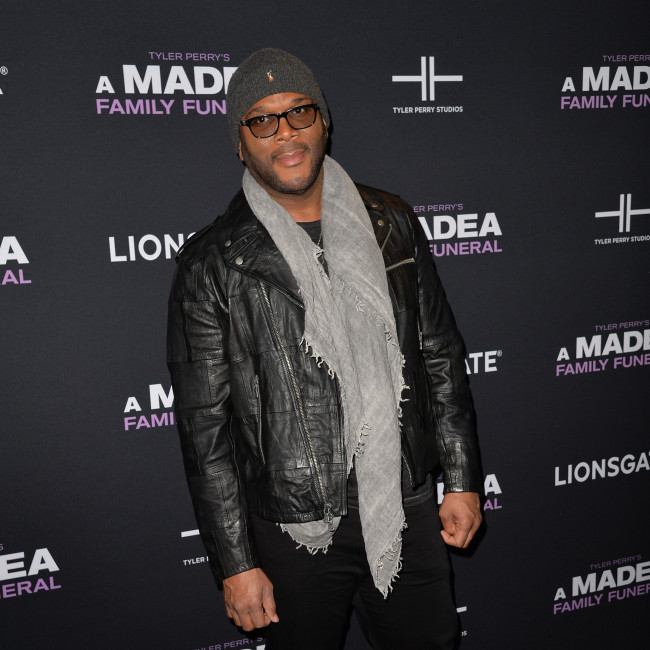 Tyler Perry is set to be honored with the People’s Champion award at the 2020 E! People’s Choice Awards.

The 51-year-old actor, writer, producer and director, who has been hailed a “natural leader,” will be recognized for his contributions to entertainment and his support of charitable organizations such as Feeding America and Covenant House.

Perry will also be honored for his support of the families and friends of the late George Floyd, Rayshard Brooks and Secoriea Turner.

Jen Neal, E!’s general manager of news, live events and lifestyle digital, said in a statement: “In a year of unrest and uncertainty, Tyler Perry proved a natural leader.

“From his pioneering efforts in successfully, and safely, restarting production and creating jobs at Tyler Perry Studios, to personally supporting charities and families in need, he continuously inspires hope in people. We are honored to present him with the People’s Champion of 2020 Award.”

The A Fall From Grace filmmaker will add his latest accolade to a growing number of trophies, having previously been named the Favorite Humanitarian at the People’s Choice Awards, while his most recent accolade was the prestigious Governors Award at the 2020 Emmys.

Perry’s honor comes shortly after it was revealed that Jennifer Lopez will receive the People’s Icon Award.

The 51-year-old superstar has bagged the prize for her contributions to music, film, television and fashion.

There have only been two winners of the People’s Icon Award, “Friends” star Jennifer Aniston in 2019, and Bridesmaids star Melissa McCarthy the previous year.

Meanwhile, Megan Thee Stallion and Justin Bieber lead the nominations in the music categories with six nominations each, followed closely behind with Lady Gaga and Ariana Grande with five.

The E! People’s Choice Awards will be broadcast live from Barker Hangar in Santa Monica on Nov. 15.