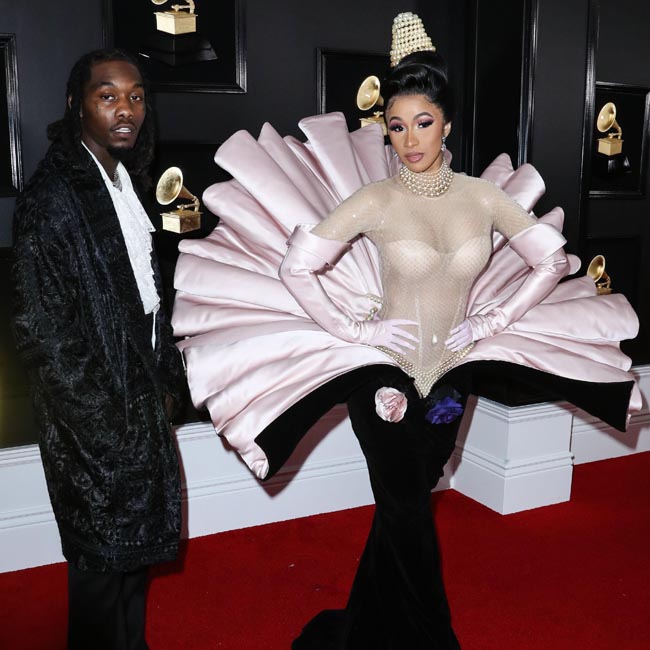 Offset appears to be on the second iteration of his “get Cardi B back” campaign.

As rolling out reported on Saturday, Oct, 10, 2020, Offset let fans know that he misses “Mrs. WAP” after she left their suburban Atlanta home and filed for divorce in September 2020.

The Migos rap group member illustrated irrefutably that a void was created when Cardi exited his life for the second time. Offset showed up at her opulent birthday party on Oct. 10 in Las Vegas with an ostentatious gift: a brand-new Rolls-Royce SUV.

According to The Jasmine Brand, Cardi B was blown away by the wondrous whip. Offset, 28, whose real name is Kiari Kendrell Cephus, presented the lavish surprise with the aid of a marching band while some fans chanting “Black love” and “take him back.”

Cardi B even twerked in front of the car as Offset briefly took ahold of her waistline before she quickly sat down and marveled over the custom-made luxury ride.

Cardi B celebrated her birthday with a bang last night in Las Vegas. One of the more memorable moments was her being presented with a new Rolls Royce truck from Offset, while a marching band played ❤️ Full story on #theJasmineBRAND.com

Cardi, born Belcalis Marlenis Almánzar, 28, filed for divorce three years after she and Offset were secretly married in September 2017. In her divorce documents, she cited their union had become “irretrievably broken” and that “there are no prospects for reconciliation.”

The “Bodak Yellow” femcee reiterated on social media that it was not infidelity that caused the rift in the marriage but the fact that the two had just grown apart and were ceaselessly arguing.