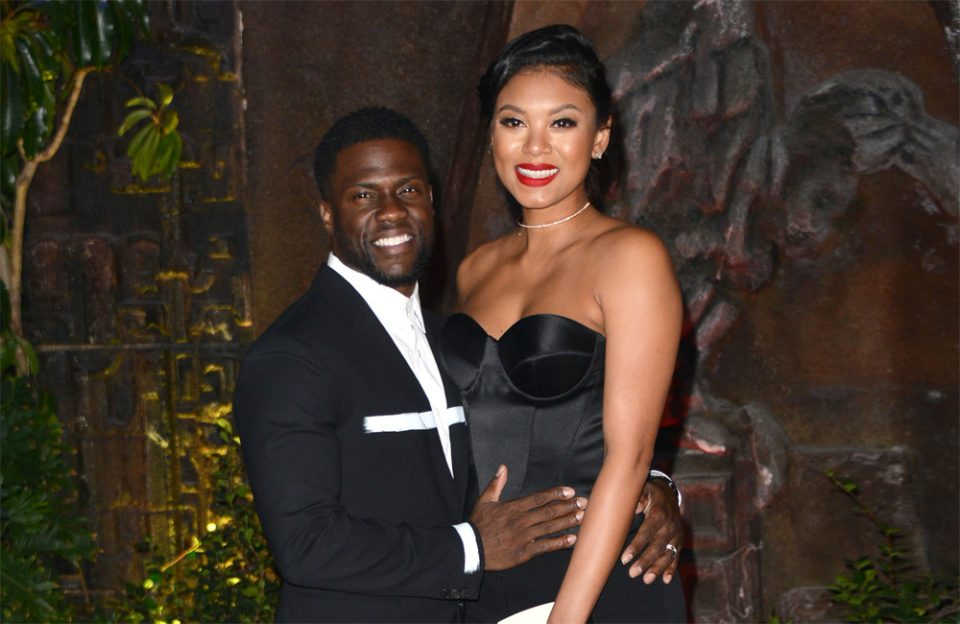 Kevin Hart is in a state of unadulterated bliss since his wife Eniko Parrish Hart gave birth to their baby girl on Tuesday, Sept. 29, 2020.

The 41-year-old Ride Along and Night School star showed off his infant daughter Kaori Mai’s face to his 100 million Instagram followers for the first time.

The fourth-time father snapped a photo of his wife cradling the tiny tot. Kaori was outfitted in a pink onesie that was accessorized with a scarf tied into a bow on her head with streaks of black hair poking out.

Hart got a lot of love from his celebrity pals. “Moment 4 Life” rapper Nicki Minaj, who gave birth to a son on Sept. 30, the day after Eniko Hart delivered her daughter, responded with one red heart emoji. Eudoxie Mbouguiengue, the wife of rap star Ludacris, gushed “Ugh she is beautiful,” while former “Power” star La La Anthony simply said “Beautiful.”

Hart is also the father of 12-year-old Hendrix and 15-year-old Heaven, whom he had with his ex-wife Torrei. He also has 2-year-old Kenzo with his 36-year-old current wife Eniko.