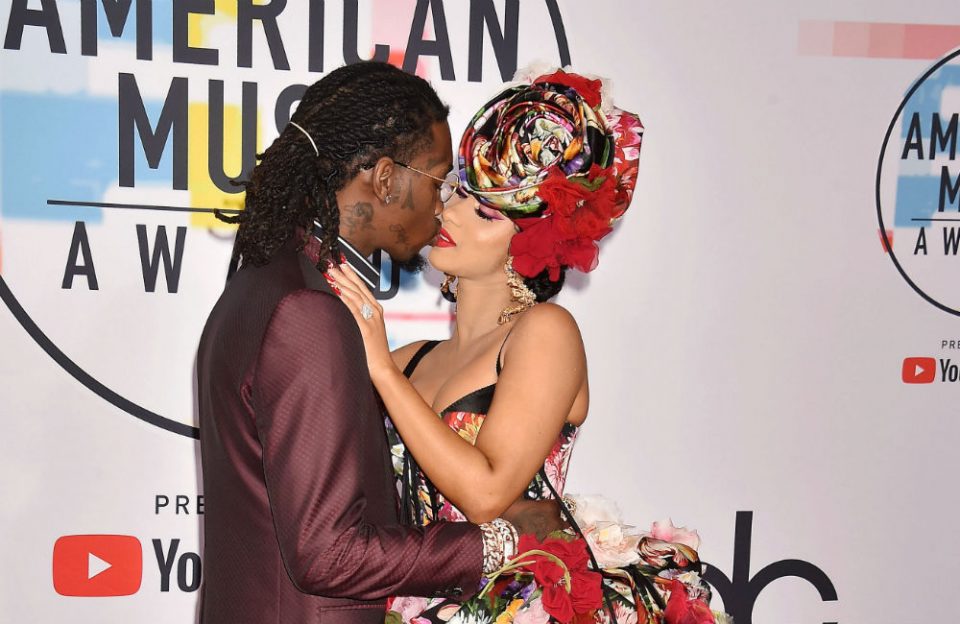 Offset was accosted by police in suburban Los Angeles this weekend after the Migos rapper and his wife Cardi B got into an altercation with supporters of the current president on Saturday, Oct. 24, 2020.

According to The Huffington Post and Los Angeles-based KTLA, Offset was detained by Beverly Hills cops due to a report that someone from Offset’s SUV waived a gun at rallying supporters of the current administration near the intersection of Santa Monica Boulevard and Beverly Drive.

A witness called 911 and gave Offset’s license plate, which led to the traffic stop.

Cardi B had already uploaded videos to her IG Story showing the rally and she could be heard saying, “I really feel like we gon’ get jumped.”

According to Offset’s own Instagram Live, post which was reposted by a HuffPost reporter, Offset was being aggressively questioned by BHPD and was snatched out of his car.

Offset, 28, did go on IG Live as police began their questioning.

“I’m a f—ing celebrity! Do you know who I am? I’m Offset from the Migos,” Offset yelled at one of the officers on the scene. The officer told him the stop was about the alleged gun-waiving.

“You just watched somebody beat my car up with a flag,” a distressed Offset told the officers.

A male officer then reached inside the vehicle to pull Offset out of the car forcefully as the live video scrambled and then went dead. But Offset was only detained not arrested, as erroneously reported by Huffpost’s Philip Lewis.

Lewis, however, did repost the IG Live video of Offset getting snatched out of his car, which can be viewed on the next page.