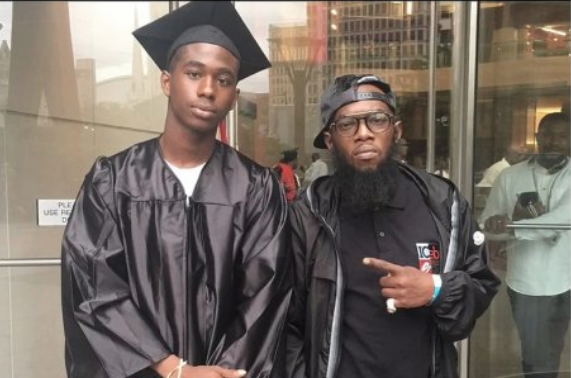 Iconic Philadelphia rapper Freeway says he is crushed beyond words after learning about the death of his son, Jihad Pridgen.

Freeway, 41, a Philly-born and -bred stalwart whose real name is Leslie Edward Pridgen, told his 420,000 Instagram followers that losing his child is causing nearly unbearable pain.

“God knows I try my best to be strong, but this right here is a pain like I never felt. Please cherish your time and your love ones because we’re not promised the next breath,” Freeway penned on his Instagram page. “I Pray Allah forgives my son for all Of his sins and I pray that Allah grants him the highest level of paradise. Ameen 😢 Please make dua for him & my family.” 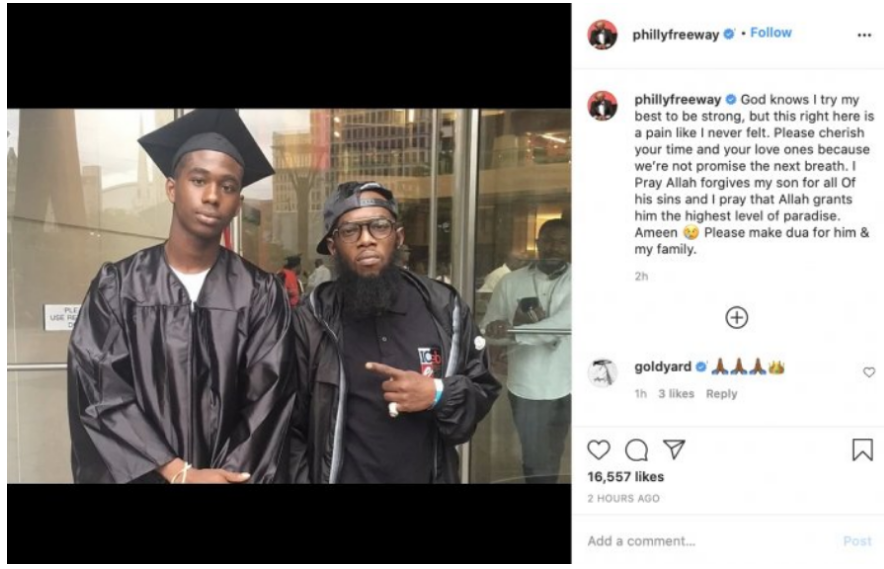 Freeway is best known as a member of the rap group State Property and its run during the 2000s at Jay-Z’s Roc-A-Fella Records and Roc Nation.

According to The Source, Jihad Pridgen had followed in his father’s footsteps and broke into the rap game under the stage name Snohadd. The publication also stated that no official cause of death has been given but that sources relayed to The Source that he was shot and killed.

Earl Sermon, best known as one-half of the seminal group EPMD, offered up prayers for his industry brethren with praying hand emojis.