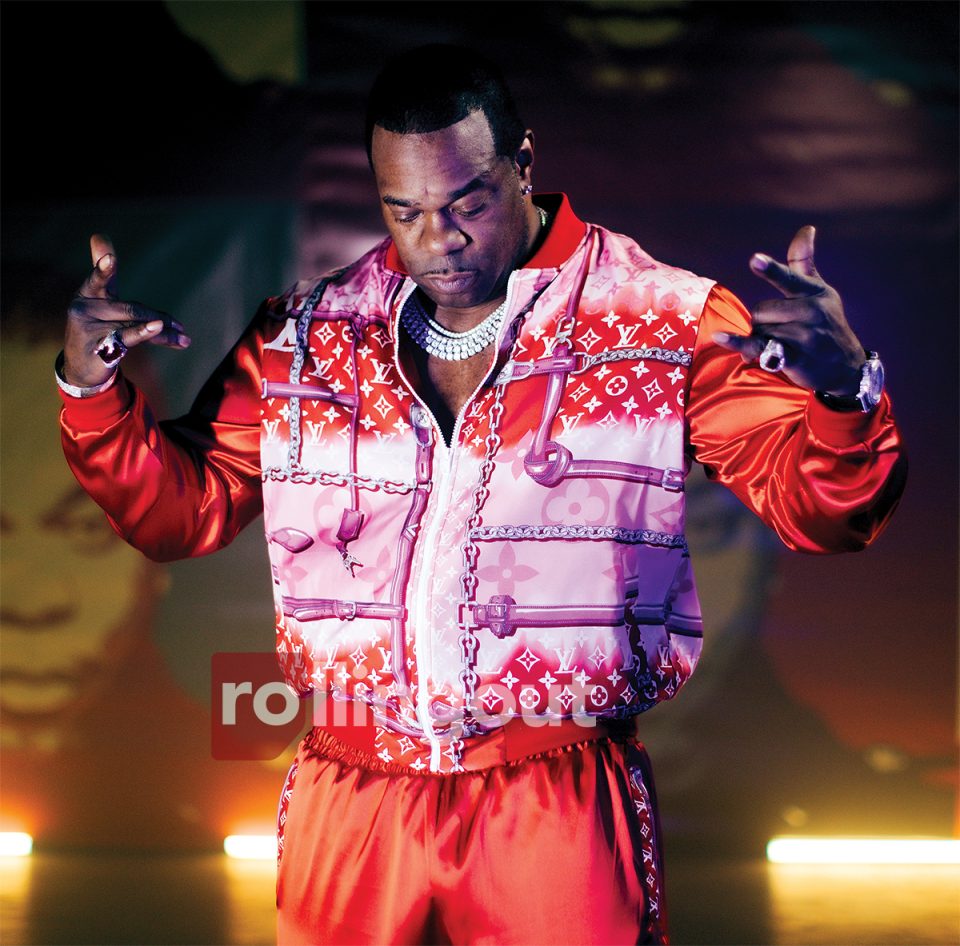 It takes a special gift to become a hip-hop legend. Rap music is such a fast-moving genre that the new can become old within a matter of months. But a few rap artists have transcended time, eras and movements to outlast their peers and remain relevant to a new generation.

Most of the hip-hop world first heard Busta Rhymes’ bombastic voice and swift lyrics as a member of Leaders of the New School in 1991 with the release of the carefree teenage hit, “Case of the P.T.A.”

Rhymes also found ways to steal moments on collaborative hits such as A Tribe Called Quest’s “Scenario” and Craig Mack’s “Flava in Ya Ear” remix.

In terms of music, Rhymes was one of a few rap artists who owned the decade of the 1990s.

“My sword is significantly sharper now,” Rhymes said during an interview with rolling out, recalling his early years as an artist. “Now, there’s a mastered skill set of the stuff that we learned that you’re gonna get now, as opposed to what you’ve gotten before. Not to say that you haven’t gotten a lot of golden and milestone moments. It’s almost like when you do anything for the first time, and when you look back, you realize that you didn’t really do it at the level of what you could do now. That’s the most dangerous part about who I am now. I’m in a position to actually do what I love knowing everything that I wish I knew. Understanding is the best part because it allows you to be at your most powerful self.”

Rhymes has remained a fixture in pop culture by finding ways to reinvent himself while maintaining his lyrical prowess. A new generation was introduced to his superior wordplay with a guest verse on Chris Brown’s 2011 single “Look At Me Now.” Rhymes used a tongue-twisting flow that had millennials and Generation Zers researching his complicated verse online. But overall, the verse let the rap world know that Busta Rhymes was here to stay.

“I’ve always been able to figure out how to reintroduce myself to the next generation,” Rhymes said. “I’ve always been fortunate enough to have these opportunities to display the skill set of real emceeing. And it is interesting because it happens in cycles. It was ‘Scenario’ in 1992, ‘Flava in Ya Ear’ remix in 1995, and there were features in 2011, 2012. And last month I did a collaboration with Stevie Wonder. I’ve also recently worked with Trippie Redd and Westside Gunn. When it comes to the grind, I don’t know if I’m ever gonna stop doing this. I love it too much. And I don’t know in this game who is gonna ever outwork me. I love this too much.”