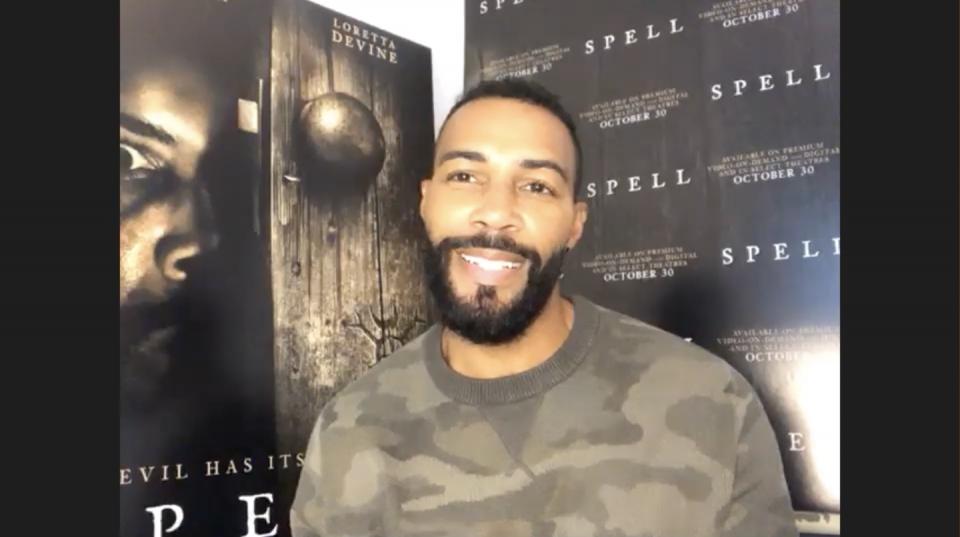 Rolling out caught up with Hardwick to discuss his role in the thriller. The film centers around Hardwick’s character Marquis, who has just learned his father has died and he, along with his immediate family, has to travel back to rural Appalachia to attend the funeral. A trained pilot, Marquis opts to fly his family out in a small plane, however, they encounter an intense storm that causes him to lose control of the plane. He awakens alone, trapped in Ms. Eloise’s (Loretta Devine) attic, broken and bruised, disoriented and unable to walk unassisted. Unable to call for help, Marquis desperately tries to outwit Ms. Eloise and break free from her dark magic to save his family from a sinister ritual before the rise of the blood moon.

Tell us about your character, Marquis.

He comes from a family that has some ills or some dirt like everybody’s family. But what you soon learn with Marquis is that the level of dirt and the connector to the dirt, literally being that of the country and the backwoods of the Appalachia world that they come from, there’s some real abuse [involved], there’s some dysfunctional components to what was around the abuse, and a lot of it has to do with what their beliefs are within the community.

How does Marquis differ from other roles you’ve played?

That’s a great question. The other roles did match more of where I was. They were more manly dare I say. Not just from an alpha male standpoint, but also being found. They were the man that you and millions of others would rather go to war with. This guy felt like that, but for the majority of the movie I’m playing the brokenness of an eight year old, who’s really trying to get to the teenage years, who’s really trying to get to the twenties, who’s really trying to get to the place that Omari got to in life enough, inclusive in that being one with my flaws and all the bull—- about Omari, to be able to then bring these characters to life that y’all root for. I had to go backward in all the uglies that I felt about Omari at some point, and I had to dive into it in a space that I hadn’t done with a prior character. Marquis is the most hazardous and the most grueling character that I have ever played.

What do you want viewers to walk away with from this movie?

I think I want them to walk away with, first and foremost, having fun, even if it’s through fear. The second thing is to be open without judgment. People do different things custom wise, tradition wise, historically with the voodoo, the hoodoo, the Christianity mixed. Don’t judge it. Almost use it as a learning curve. The third would be shout out to Jordan Peele for doing what he did, that we are in this space now and the world has to take notice of us in this genre.