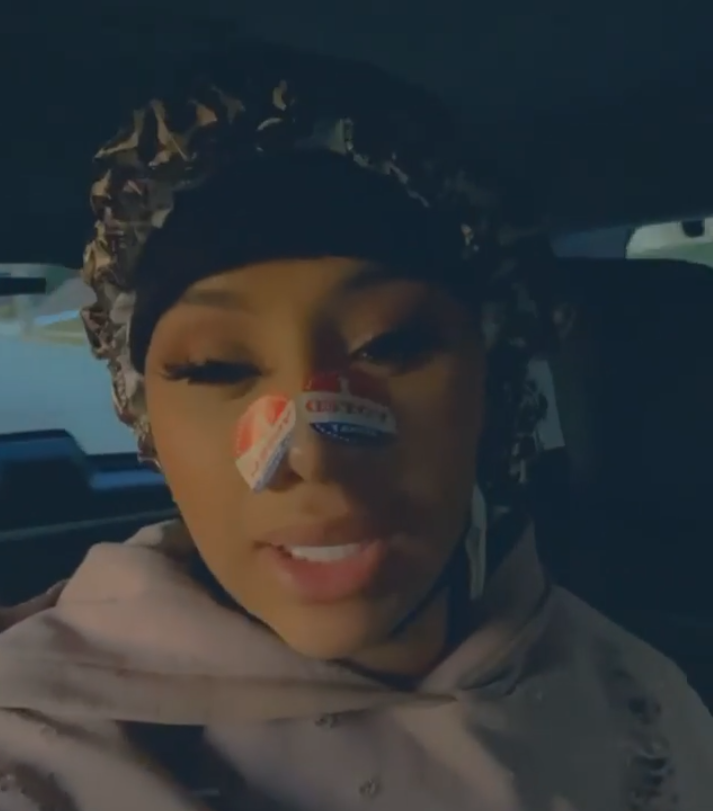 Cardi B with voting stickers across her nose (Image source: Instagram – @iamcardib)

Cardi B said she climbed out of bed at about 5 a.m. and left her suburban Atlanta home to ensure that she would be able to cast her ballot in this monumentally important election. And she’s asking her fellow compatriots to do the same.

The 28-year-old “Bartier Cardi” rapper posted a video for her 77 million Instagram followers as she rode in her car after leaving the polling place.

“I voted. It was easy peazy,” Cardi, 28, said on Election Day on Nov. 3, 2020. “The hardest part was getting out the f—ing car. Go vote because … I don’t know it feels good after you vote, you feel like you just did something. I don’t know. I swear it’s like a weird feeling.”

Cardi, who originally backed Vermont Senator Bernie Sanders before he lost the nomination to the eventual Democratic candidate Joe Biden, admitted that she is voting “blue.” Nevertheless, Offset’s wife implores everyone to cast their ballots regardless who they vote for — and she did so in her usual way:

“Go vote, you f—ers,” said Cardi, while wearing her “I VOTED” stickers across her nose.

Cardi also admonished those who wanted Sanders to win the nomination and who, in the last election in 2016, abstained from voting. She says we must vote on the available candidates.

“Y’all be like, ‘We love Bernie’, but y’all wasn’t voting! Y’all wasn’t voting! What was up with that?! Now you know who be voting? Older people. People that don’t give a f— about going to college. … ‘I don’t care about being healthy and medicare… I’m living off my pensions, I worked my whole life, I’m living good.’ Those are the people that are voting.

“And ’cause of that, that means Bernie is out the race. And now, we gotta vote for [Joe] Biden.”

Check out the video in full on page 2.