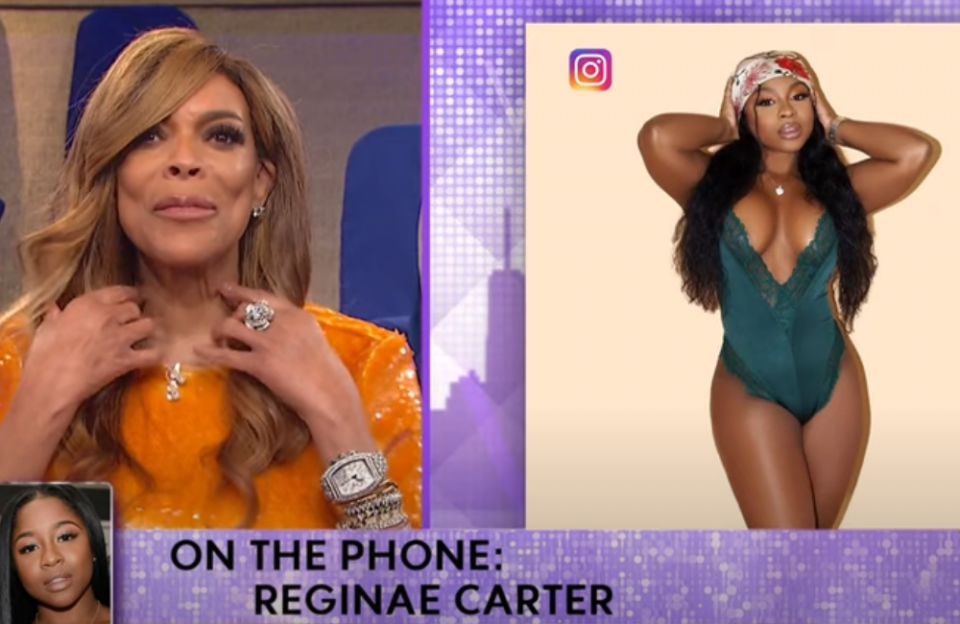 Reginae Carter, Lil Wayne’s 21-year-old daughter, is setting the record straight with a response to the rumors about her having new breast implants.

On Friday, Wendy Williams discussed the rumors during the Hot Topics segment on her show. Before the show ended, Carter called in to address the circulating rumors.

Williams kicked off the discussion saying, “I say it could be a really good push-up bra. You know how they embellish the pictures, so you never know. I just gave her an excuse, there you go.”

Carter immediately chimed in: “Let me set the record straight. I did. I did get breast implants…”

She also admitted that she has wanted breast implants since she was a teenager. However, her mother, Toya Johnson, objected at the time. “I wanted it to all look natural-looking,” Carter said. “I’ve been wanting to get breast implants since I was 16. My mom was like ‘Girl no! You don’t need…’ As soon as I got my own, I’m like ‘I’ma get my breast implants.'”