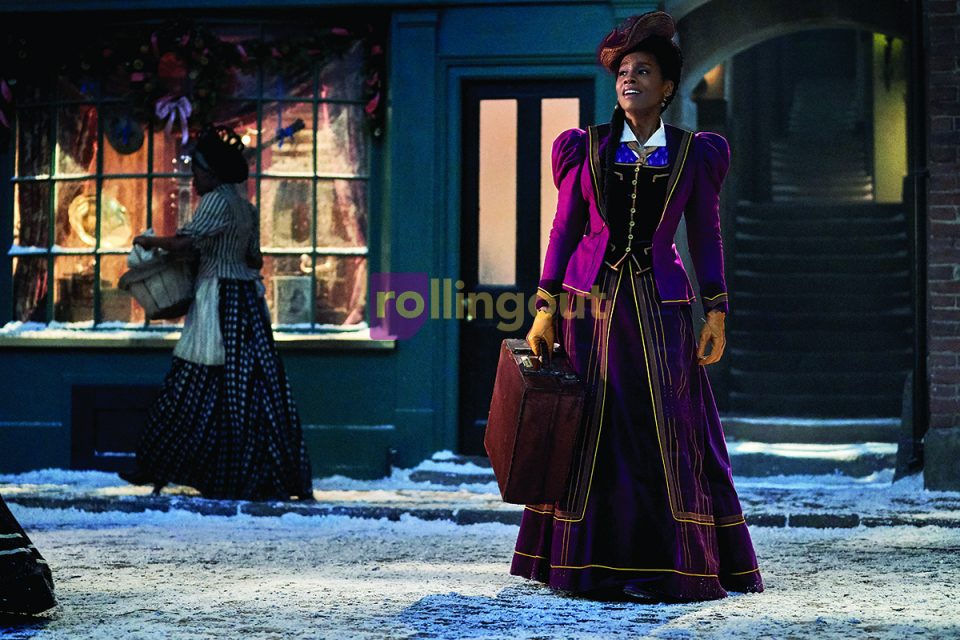 Anika Noni Rose is no stranger to playing roles that significantly impact and shift Black culture. With an acting career spanning more than 20 years, she appears to have a command of what it takes to remain active and relevant, especially in an industry that often is not kind to Black actresses seeking diverse roles and opportunities. But at this moment, Rose is about to rewrite history once more.

Rose earned a Tony Award for her performance in the Broadway musical Caroline, Or Change in 2004, and two years later starred in the box-office blockbuster film Dreamgirls opposite Beyoncé and Jennifer Hudson. But she became an agent of change as Disney’s first Black royal when she voiced Princess Tiana in the 2009 animated musical, The Princess and the Frog. With that role, Rose ushered in a new chapter of history in which young Black girls could see themselves as the main character in a fairy tale and, in the process, was crowned a Disney Legend. The natural assumption after such a successful run on stage and on screen, would be that bigger and better opportunities would present themselves. However, that was not the case.

“I think that were I not the Black woman that I am that you probably would have seen me in much more by now and many different productions,” Rose surmised. “I sort of splashed onto the scene in a musical in 2006 as one of the three central characters, and aside from The Princess and the Frog, this is the only other musical you’ve seen me in since then. There are a lot of musicals being made, and, I don’t know. … I’m not there.”

Fast-forward to 2020, and Rose finds herself positioned to make history again as part of a project that could easily be another culture-shifting moment — the Netflix film Jingle Jangle: A Christmas Journey, a whimsical, musical fairy tale written and directed by David E. Talbert.

The film tells the story of Jeronicus Jangle (Forest Whitaker), an ingenious toymaker in the fictional city of Cobbleton. Rose co-stars as Jessica, Jeronicus’ only child, who also shares his special gift for inventing. However, when hardship befalls the family, the relationship between father and daughter suffers.

Jingle Jangle, like The Princess and the Frog, fills a void in holiday filmmaking. The most storied tales of the season usually feature a singular White male protagonist who is redeemed through acts of kindness. Jingle Jangle deftly establishes a new holiday tradition with its focus on a Black family attempting to repair the bonds broken by loss. It’s a perspective that Rose is particularly proud of.