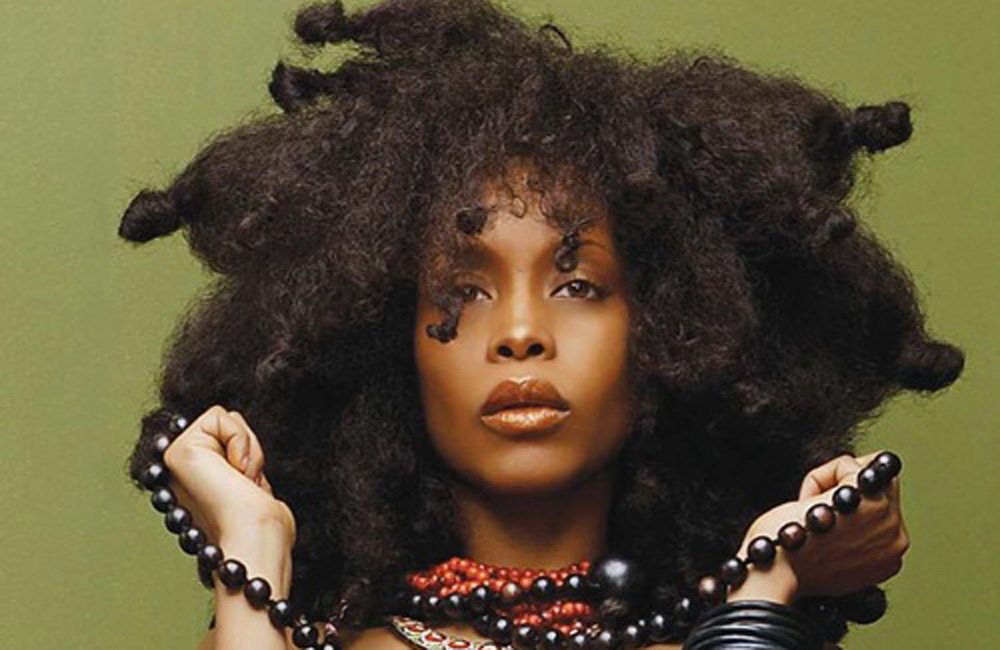 Erykah Badu is understandably confused after results of a rapid COVID-19 test that yielded different results in either nostril.

“No symptoms. Was tested for COVID. Same machine. Left nostril positive. Right nostril negative,” she tweeted to her 2.7 million followers yesterday, Nov. 13. “Maybe they need to call Swiss Beats so they can do a versus between them. Funny thing is, Dr. ONLY reported the positive result. What the fack is goin on here. Rapid Test. $$$$ smh.” 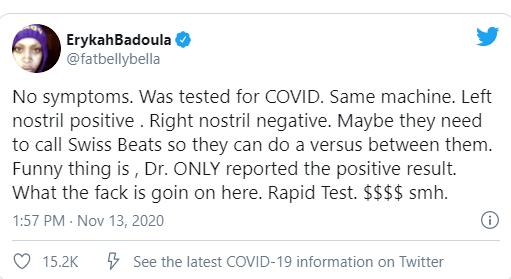 While she seemed to be in good spirits and made light of the situation, the award-winning songstress is understandably in shock and wants her bread back after taking multiple tests (three) as part of a routine for live-stream broadcasts. The tests are mandatory so as to ensure the safety of all band and crew members.

This is my third rapid test in 24 hours. SMH. It’s routine to take c19 test before a livestream broadcast for all band and crew. Earlier I took 2 and one was positive the other neg in separate nostrils ?? We need to investigate these tests further. I want my $ back . pic.twitter.com/AFIfX9Kg1q

The Texas-born siren shared a screenshot of the test result, which confirms her diagnosis as much as it does the mystery of it all. See below.