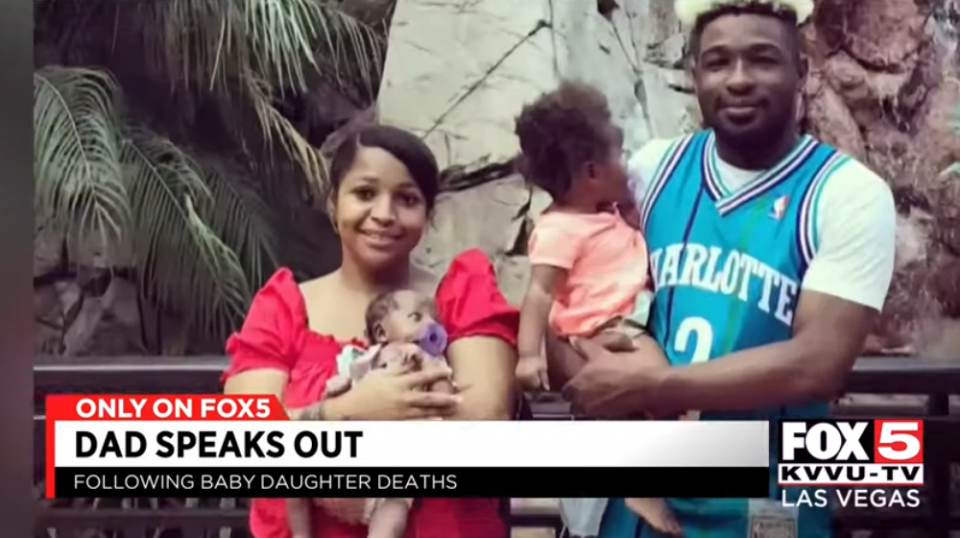 A Nevada mom is behind bars following the deaths of her two daughters. What began with just a chilling suggestion allegedly preceded the unfortunate incident.

Amanda Sharp-Jefferson was arrested by the Las Vegas Metropolitan Police Department on Friday, Nov. 13, after she allegedly murdered her two daughters, Lily, 2, and Rose, 1. Sharp-Jefferson reportedly drowned the two girls not long after she told their father that organs would be “worth a lot of money,” according to a report released by Fox 5 Vegas.

When the children’s father, Jaykwon Singleton arrived at Sharp-Jefferson’s apartment, he found both girls “stacked on top of each other in a baby swing, both dead,” according to the Las Vegas Journal-Review.

Sharp-Jefferson is now facing two counts of “Open Murder.” She is currently being held without bond and has not entered a plea as of Tuesday, Nov. 17. The latest report updated by Fox 5 on Monday, Nov. 16, has revealed details about the statement Sharp-Jefferson gave police. She reportedly “denied knowing Jaykwon or having children.”

She told police she lived alone in her apartment and woke up on the morning of Nov. 6, to two children in her living room that appeared to be dead. Sharp-Jefferson didn’t call for help and instead took a shower, police said in the arrest report.

Despite all that has happened, Singleton has already said that he forgives her for the deaths of their children.

“I forgive her,” he told the news outlet. “I love her. If I walk around with hate/anger, I’m not going to be able to get through this situation. I have to act like they’re still here because the only way I can carry on their legacy is to stay positive.”