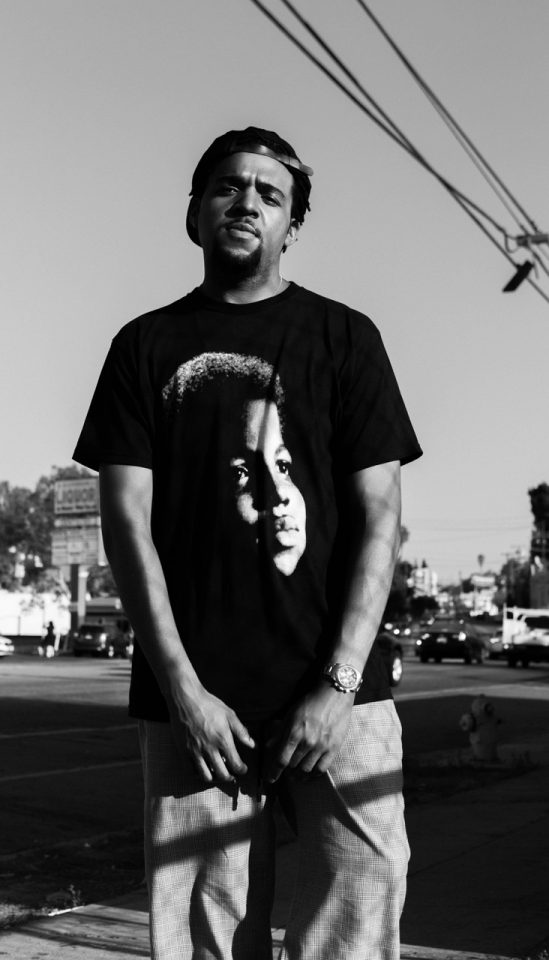 CJ Wallace is an actor, artist, social justice advocate and the son of Christopher “The Notorious B.I.G.” Wallace and R&B songstress Faith Evans. He makes an appearance and drops facts in the BET original groundbreaking documentary “SMOKE: Marijuana + Black America,” executive produced and narrated by multiplatinum rapper and entrepreneur Nasir “Nas” Jones. The two-hour documentary explores Black America’s complex relationship with marijuana and the current fight to reap the benefits of legalization and will air on BET Wednesday, Nov. 18 at 10 p.m. EST.

Through conversations with his father’s family members and friends, Wallace learned that his parents used cannabis as a tool to unlock creativity and helped his dad connect to his signature flow. It also helped his dad self-medicate from the traumas of growing up in ’80s Brooklyn. Wallace instinctively used cannabis to fuel his own creativity, while making music and acting, but he also saw the same plant help his younger brother, Ryder, in his struggles with autism.

We recently spoke with Wallace about his journey into the cannabis industry, social justice reform and his company Think BIG, which was born out of his belief in the potential of cannabis to empower, heal and inspire.

What’s the name of your business(s) and what’s your company’s mission?

I have two businesses: Think BIG and Frank White.

Think BIG is a purpose driven business and our mission is global hemp and cannabis legalization and criminal and social justice reform for the communities most harmed by the war on drugs.

Frank White is a lifestyle brand and our mission is to celebrate the creativity of Black people and cannabis’ impact on culture and creativity.

With so many African American people being incarcerated behind marijuana, what should be done in terms of restorative justice?

True restorative justice to those most harmed by the war on cannabis.

Not using cannabis tax revenue to fund the police;

Defunding the police and increasing funding that would include community reinvestment and;

Economic and education development for Black and Brown communities that were harmed by over-policing.

Less than 1% of dispensary licenses go to Black and Brown people. How do we change this narrative?

Until we can be true owners in the industry, there will never be full social equity.

What are the first three steps you would suggest to aspiring entrepreneurs on breaking into the industry?

Figure out what you already do that could be applied to cannabis industries, and it does not have to be plant touching.

If you are photographer or graphic designer, start doing that for cannabis and ancillary cannabis companies so you can get your foot in the door.

Read, research and get active in your local cannabis community. Support and find those folks who are doing things that align with your values and see how you can help and learn with and from them.