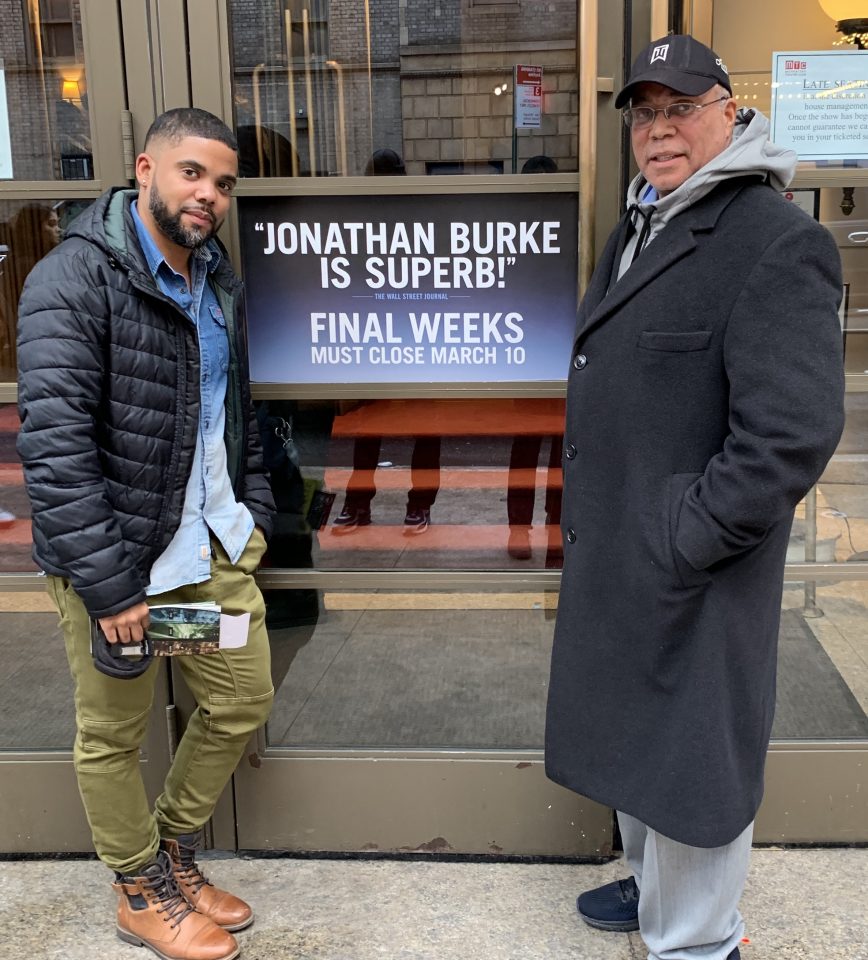 November is National Alzheimer’s Awareness Month and National Family Caregivers Month. Alzheimer’s advocate Brandon Burke has firsthand experience with the devastating effects of Alzheimer’s disease through the diagnoses of his grandmother and his father, Gary.

In his first book, Rediscovering Dad & Discovering Myself: A Journey Through the Impact of Alzheimer’s, Burke, who is his father’s caregiver, shares their father-son relationship and the journey leading up to the diagnosis that has changed both of their lives. Rolling out spoke with the Maryland native about his experience.

It’s been five years since your father’s diagnosis. How is he?

He’s doing OK. The unfortunate thing about right now is the COVID pandemic has impacted our ability to visit him. We’ve seen some major changes in him over the past year. Not that these changes wouldn’t have still happened, but they become more jarring when we don’t see him as regularly as we used to. But he’s a fighter, and there [are] still glimmers of his normal self in there when we visit.

Describe the moment when you and your family decided to move your father into an assisted living facility.

The thing with Alzheimer’s disease is that sometimes things can normalize to an extent where you are coasting on dealing with certain behavior patterns, and then one day something happens that changes how you have to approach your caregiving. My father’s normal routine changed to where it would’ve been unsafe for him to be home alone for extended periods of time. It was a scary situation emotionally, not just because of the safety factor but [also] because we now had to put trust in his care to other people — not to mention concern over his reaction to no longer living at his home.