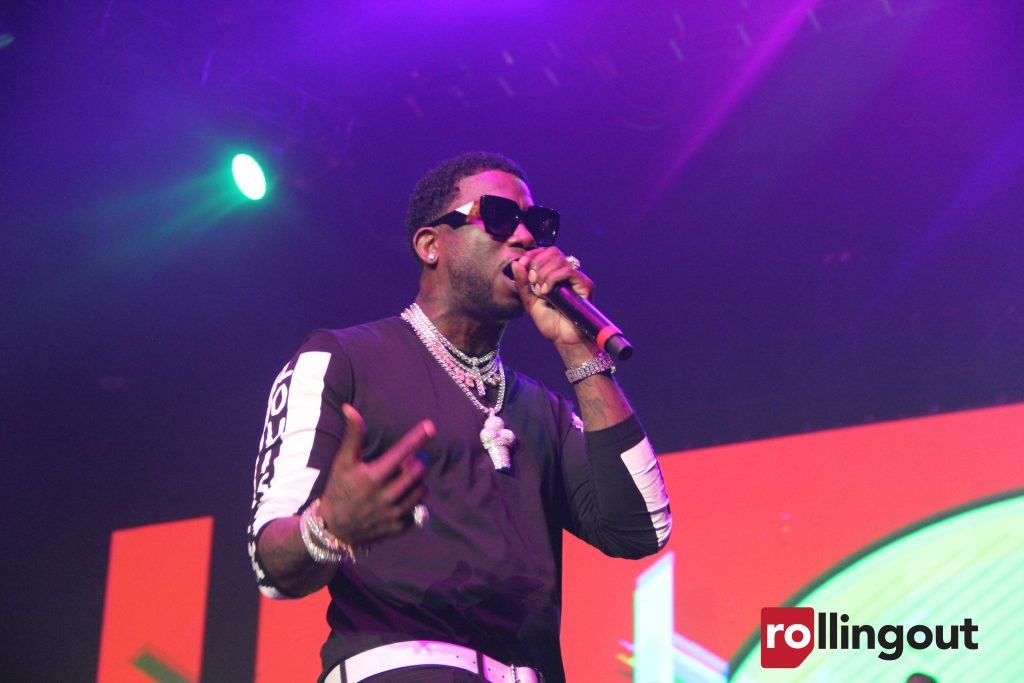 On Thursday, Nov. 19, 2020, Atlanta hometown hero Gucci Mane and another heralded Georgia hip-hop all-star, Jeezy, set the stage for a night to remember.

It was one of those moments you had to prepare for or be overwhelmed by if you had your sights on social media. Jeezy vs. Gucci Mane. Snowman vs. Guwop. Thug Motivation vs. Trap God. The streets vs. the music industry.

The infamous strip club, Magic City, hosted the event. Scores of security were on hand to minimize any verbal or physical dustups, while the employees that make the iconic building famous were noticeably absent or off-camera. That’s because the night was all about two kings who have built their professional portfolios of and for the city of Atlanta. It was an inevitable win for the culture.

Once the pettiness of the moments leading up to the big event was over, it was all about music and, of course, the trap.

If this Verzuz, which topped every event of its kind with more than 1.8 million views, was truly a trap competition, the Trap God — only miles away from his stomping grounds — would have likely claimed victory. Alas, music was the focus, and Gucci’s catalog had zero chance of upholding the petty barbs he used leading up to the icy battle.

Below are the top five reasons Jeezy got the last laugh, scoring a convincing victory in a beef that has lasted for nearly two decades (15 years if you let Gucci tell it).

Pettiness. While Jeezy seemed like a man on a mission with a desire to come to terms with a relationship gone bad, Gucci initially declined (“respectfully”), said he wouldn’t do it for less than $1 million, and ultimately called the Corporate Thugz impresario “Snow Cone” before criticizing his fashion sense and urging the audience to “praise” his drip.

Catalog. Gucci Mane has hits, this we know. Some have made him a hood celebrity. However, Jeezy arguably had more hits on the original Trap or Die (mixtape), than the 6th ward repper ever dreamed of recording.

Preparation. The look of this battle was enticing before it actually became a reality, but the polish simply didn’t carry over where necessary. While Jeezy was ridiculed for his “fashion sense” and Gucci railed about how they should do a “jewelry” Verzuz,” (Jeezy retorted with a “real estate” Verzuz) — music (again) was the focus. Gucci complained incessantly that his longtime nemesis was playing “that old a– s—,” but it was essentially what fans wanted to hear.

Execution. We expected little to no interaction between the two, even though majestic chairs for each were set only feet apart on stage. Intense as it was, however, the idea of a performance and actually setting it up should have been a thing. As one Twitter user put it, “Jeezy telling stories before every track. Gucci: My next song is called, ‘F— you Jeezy.'”

Tact. Gucci had none until the very end when the two performed “So Icy” and actually acknowledged each other. The barbs, which many believed to be playful fodder for promotion, continued into the first round with two scathing diss tracks — “Round 1” and “Benchwarmers.” Then he did this:

Whewwww this moment tho 😕😰#Verzuz#JeezyvsGucciMane

If you missed it, we snagged the full playlist song for song. Check it out after the jump.