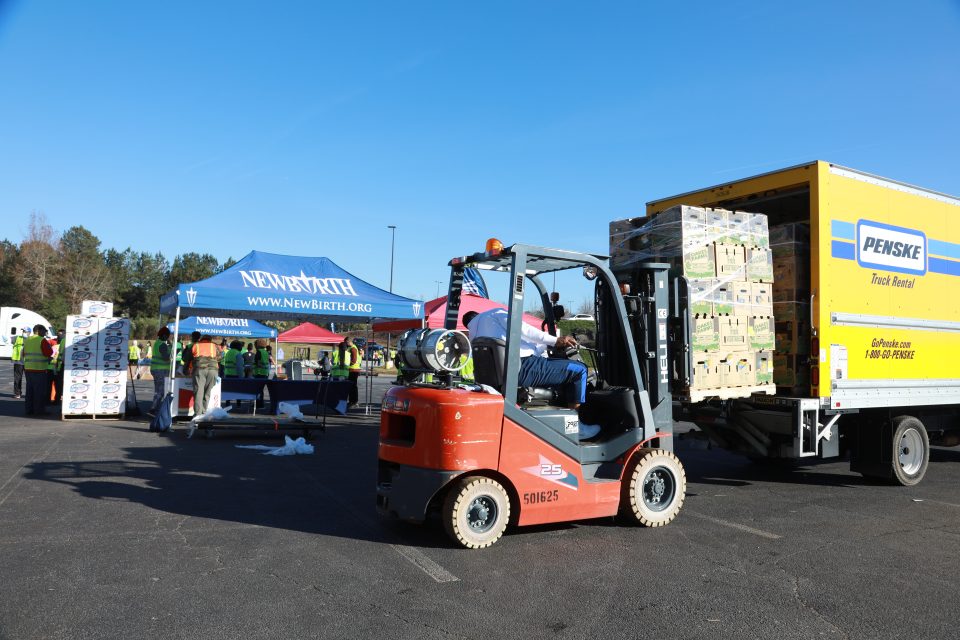 2020 has been an unprecedented year. The country has faced a pandemic, protests, job losses, and the list goes on.

With only a few days until the nation celebrates the Thanksgiving holiday, many may be wondering how they are going to eat or what to be thankful for.

On Saturday, Nov. 21, New Birth Missionary Baptist Church in Stonecrest, Georgia, outside Atlanta, welcomed members of the community who are in dire need.  Senior Pastor Jamal Bryant allowed thousands to come by for Thanksgiving at the King’s Table.

In partnership with DeKalb County, New Birth had an incredible day of service representing God and serving the community. An army of young people, celebrities and influencers, including included Grammy-nominated singer Syleena Johnson, comedian and actor Rodney Perry, former NFL player Chauncey Davis, and representatives from the Paul Millsap Foundation, joined  Bryant on the church’s campus, where they provided boxes filled with complete dinners to people in need this holiday season.

“Yesterday represents the tremendous impact of the global pandemic on families near and far. We were about to serve more than 3,000 families this holiday season,” Bryant said Sunday, Nov. 22.  He thanked DeKalb County CEO Michael Thurmond and other partners for their support to ensure that residents in need would have a happy Thanksgiving.

Flip the page to check out the photo gallery from the event.