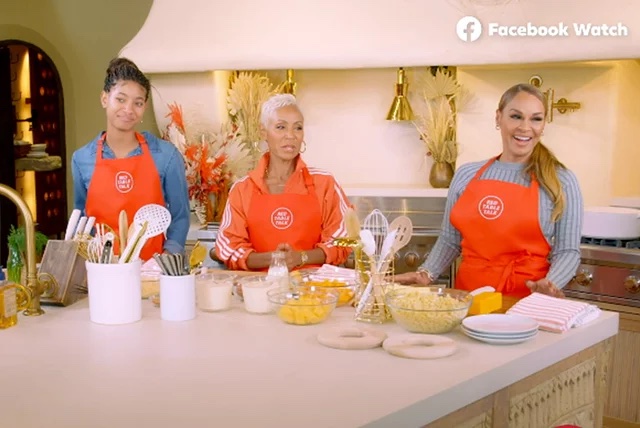 No, she is not exposing some long-held family secret or scandal. But she is unveiling her culinary mastery for the “Red Table Talk” audience in time for the Thanksgiving holiday.

People magazine exclusively reports that Pinkett Smith is joined by her co-hosts, daughter Willow Smith and mother Adrienne Banfield Norris, as they prompt Zampino to come into the Smith family kitchen.

“We’ve invited our favorite cook in the family to share her secret holiday recipes,” Pinkett Smith, 49, says before Zampino, 53, comes on camera to cheers.

They do discuss Zampino’s special recipes and how extended families can successfully spend time together during the holiday season.

This is not the first time Zampino has appeared on “Red Table Talk.” She was Pinkett Smith’s first guest when the show premiered in the spring of 2018. Then, the two women talked candidly about their strained relationship back in the ’90s. They have since reconciled.