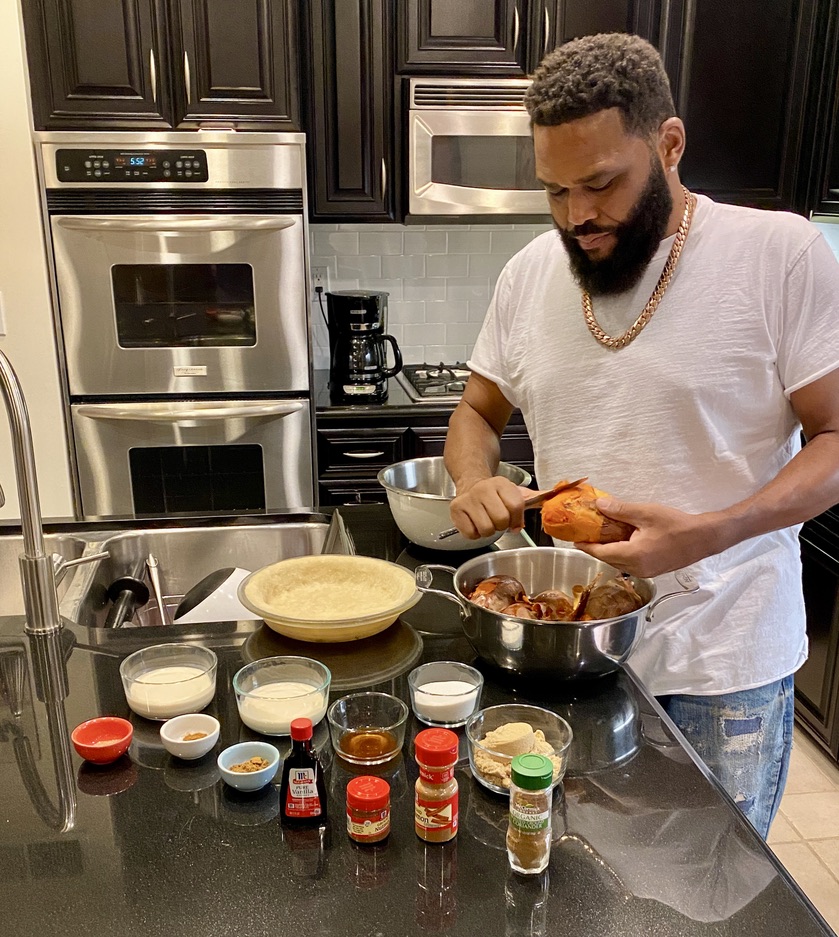 Sweet potato pie is the official complement for Thanksgiving meals in most African American homes, so it made perfect sense for “Black-ish” star Anthony Anderson to have perfected the age-old dessert.

“I grew up eating sweet potato pie at every holiday — Thanksgiving, Christmas, New Year’s. Sometimes my family would just bake it on a Sunday,” he said. “This recipe goes back as far as I can remember.”

Anderson claims his family recipe has the key to the perfect sweet potato pie, and the secret is in the spices. This year, he started baking early to test out his “perfect” pie.

“For the Anderson family, Thanksgiving has always been about preparing the meal together, sharing what we’re most thankful for and finishing our celebration with homemade sweet potato pie,” he explained. “Another annual holiday tradition is goofing around with my family. I pulled off a prank to show my family that I not only have serious baking chops that can rival my Big Momma, but that the spices from McCormick truly awakens the flavor of the pie.”

Baking for his family this year is Anderson’s way of bringing balance to a tumultuous year. “It’s always about the family coming together and cooking, and that what’s Thanksgiving is about. It’s about everybody coming together to prepare a meal and to talk about what they were thankful about. Hopefully, my family members are thankful for the sweet potato pie I am preparing for them.”

While Anderson says his pies will be the family’s official pie for Thanksgiving dinner, he hints that there may be some extra pies on the table.

“One year, we didn’t have sweet potato pie for Thanksgiving because one of the aunties thought the other auntie was supposed to bake it, and ever since then we’ve had an abundance of pies,” he said.

“We will never go pieless on at Thanksgiving again, and I hope no other families do,” he added with a laugh. “For our community the sweet potato pie is classic.”