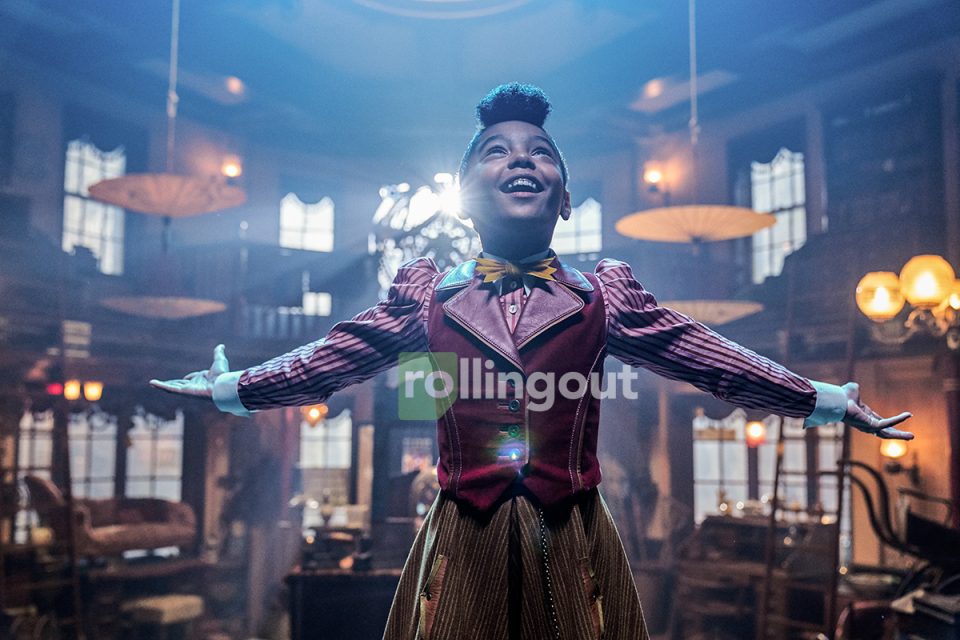 On a scorching, 90-degree day in Los Angeles, newcomer Madalen Mills is all smiles as she describes her excitement about the release of the holiday musical film Jingle Jangle: A Christmas Journey. Presented by Netflix, the project is poised to make a cultural shift in traditional holiday movies with Madalen landing directly at the center of its star-studded cast.

Like most young performers, signs that Madalen had star qualities began to emerge as she was singing around her hometown of Tuscaloosa, Alabama. That’s when her mother, Jamie, also started taking notice of her daughter’s abilities and enrolled her in performance summer camps and community theater. It was fun, Madalen recalls, but her desire to make acting a profession hadn’t yet caught on. That wouldn’t happen until she landed the lead part in her elementary school’s production of The Jungle Book.

“I remember always singing around the house, singing in the shower, everywhere,” she said. “I started doing community theater and summer camp really young. My mom asked if I wanted to be in a community theater production of Junie B. Jones [based on the children’s books by Barbara Park], and I said no.

“But then I landed the lead role of Mowgli in a school play of The Jungle Book. I only wanted to do the play because my best friend did it. I thought we would just be together and do it as an extracurricular activity. But that’s when I realized that I actually enjoy doing this and love to perform. Five years later, here we are.”

From that first role as Mowgli, her love of performing caught fire and led to bigger roles. In 2017, she made her professional debut in the national tour of the Broadway show Dr. Seuss’ How the Grinch Stole Christmas!: The Musical. A year later, she became the youngest cast member in Andrew Lloyd Webber’s School of Rock on Broadway.