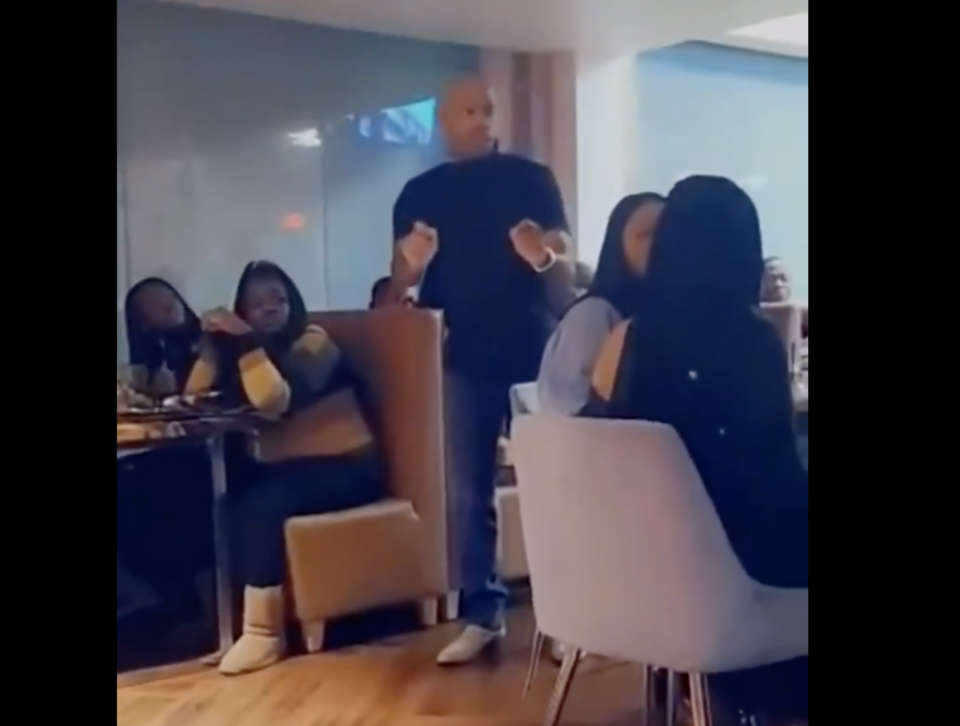 A Dallas restaurant owner was videotaped using profanity to tell women who want to twerk to leave his establishment with all deliberate speed.

Kevin Kelley, the owner of the True Kitchen and Kocktails, lost it when he said his previous pleas for women to stop twerking in his restaurant went unheeded. Kelley then came out and loudly ordered those who wanted to continue the provocative dance to “get the f— out.”

“All this twerking s—, don’t bring it here because we’re a restaurant,” Kelley said. “If you wanna do it, get the f— out my restaurant. Don’t do it again. I don’t want to hear it if you don’t like it, get out because I don’t need your money.”

Listen to Kelley below on a video that was uploaded by DJ Green Villain and went viral almost immediately.

The post spawned an online debate about decorum, with most frowning upon Kelley’s profanity-laced speech to his customers. One Twitter user denounced Kelley as the “twerk tyrant,” while others illuminated the fact that the bar sometimes advertises itself as a nightclub. For example, on the ticketing page for its upcoming New Year’s Eve event, it is selling $10,000 tickets to sit and drink in the “nightclub” section.

Others joined in on the criticism of Kelley:

This man is yelling, cursing, and slut-shaming Black women at his restaurant for twerking…but acting like he's much classier or "woke" than them.

How you "here for our culture" and "providing for my people" talking to these sisters like this? Sigh. pic.twitter.com/FOucYVp1mO

The excuses are that if a restaurant doesn't want patrons to hop on furniture and twerk against the walls then they shouldn't serve alcohol or play music.

That is actually being said… by adults.

After withstanding regional and national blowback for the course way he spoke to the women, Kelley went on social media to defend himself and double down on his methodology. Flip the page to read his response.