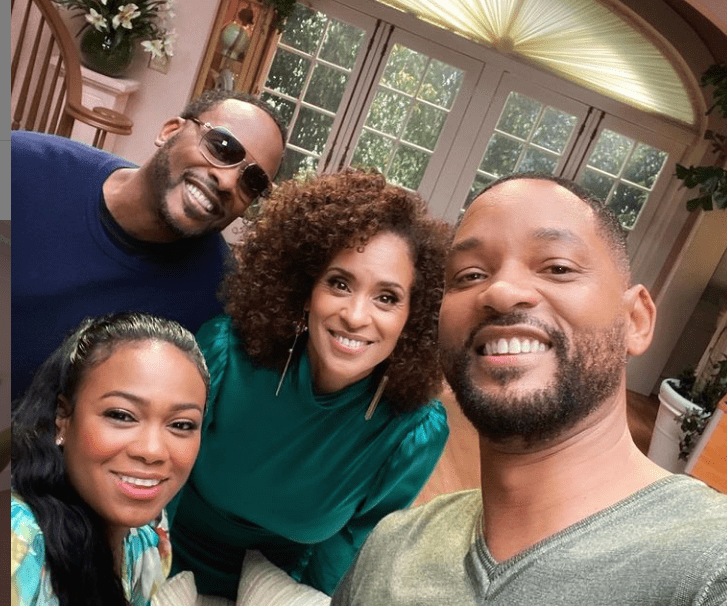 Will Smith and cast of “Fresh Prince of Bel-Air” (Image source: Instagram – @willsmith)

The cast of the “Fresh Prince of Bel-Air” produced a video to memorialize the life of late actor James Avery, who played the role of Uncle Phil on the seminal sitcom.

Will Smith, 52, posted the video for his nine-million YouTube followers over the weekend to pay homage to Avery, who is considered one of the greatest TV dads of all time.

Avery, who played a judge on the show, died in 2013 from complications from heart surgery at the age of 68. The cast members were misty-eyed while recalling Avery’s impact on them.

“He was a massive rock of a man, emotionally spiritually and physically,” Smith recalled. Karyn Parsons, who played the hilariously self-absorbed older sister, said Avery was the “glue that held the cast together.”

Janet Hubert, who played the original Aunt Viv, referred to her TV husband as a “big teddy bear.”

“What I treasure from James Avery is his love of Jazz and his love of the Black culture,” Daphne Maxwell Reid, who played the replacement Aunt Viv after Hubert’s departure. “He was very invested in making sure that the young people knew what came before that.”

Smith, who leveraged his burgeoning national fame into an all-time great career as a Hollywood leading man, credits Avery with being a patient “sounding board” for all of his career decisions.

“He was the one who was pushing me to elevate my craft as an actor,” Smith said. “‘Hone your craft! You’re going to find yourself in your craft!'”

The “Fresh Prince” ran from 1990 to 1996. Listen to the touching testimonies about Avery below.