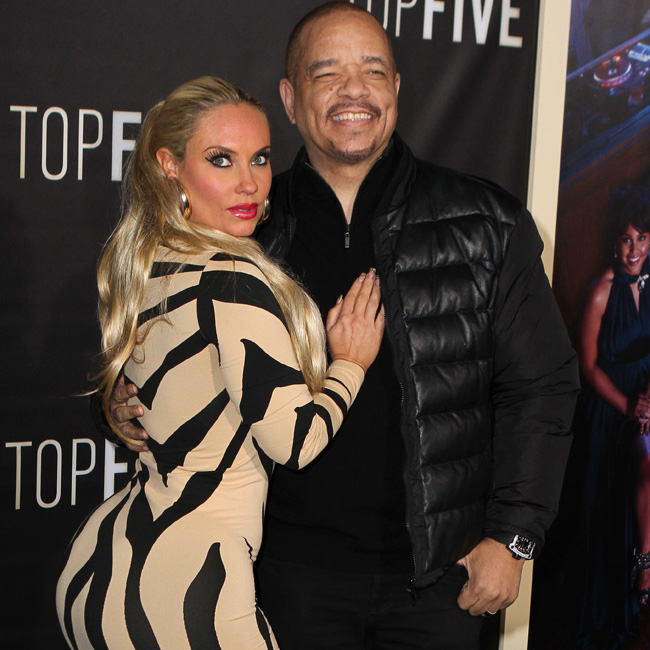 Ice-T‘s father-in-law has been put on oxygen “indefinitely” because of his coronavirus battle.

The “Ice and Coco” star’s dad, Steve Austin, has been in the hospital since this summer with breathing problems owing to the current health crisis, and the actor is using his father-in-law’s story to warn others of the risk of not wearing a mask while out and about as he nears 40 days in intensive care.

Taking to Twitter, he urged others to wear a mask as he wrote: “My father-in-law ‘Coco’s dad’ was a serious ‘No Masker’ when COVID hit him. Pneumonia in both lungs …. 40 days in ICU close to death …. Now he’s on oxygen indefinitely. Ohhhh he’s a believer now …. #COVIDisNotAGame.”

Back in August, Coco revealed her dad is still “bound to an oxygen machine.”

The 41-year-old actress wrote on social media: “Covid aftermath… My dad made it back home! He is covid free but is still dealing with damaged lungs that covid leaves behind.. He is bound to an oxygen machine till who knows when but is very lucky ..

“He said being in the hospital for a month was like jail.. No windows No visitors and laying in one spot and not being able to walk around was getting to him.. He also adds you could hear people moan in pain during the night and some people werent making it ..So sad”

The “Ice Loves Coco” star — who has 4-year-old daughter Chanel with her husband Ice-T — says her father’s health battle has been “stressful” but thanked those who sent prayers and well wishes his way.

She added: “He lost 30 pounds in this time period so my job is to plump him back up so he gains his natural muscle back and is back healthy LOL..

“It just feels great to see him in good spirits again..this whole thing has been so stressful ..This is the first time Chanel has seen him since the whole ordeal she was excited to see him as you can see. Oh and can I say all your prayers came through. #powerofprayer Thank you”