Rolling out sat down with the real-life star of Disney’s newest movie “Safety,” Ray-Ray McElrathbey, and the film’s director Reginald “Reggie” Hudlin, and producer Mark Ciardi to discuss the film’s inspirational story. During the interview, McElrathbey described how he learned how to heal by reliving his life’s most memorable moments as they were brought to life on the big screen. Check out the rest of the interview in which Hudlin explains why a movie like this was necessary, and producer Ciardi shares one thing he wanted viewers to take away after watching.

“Safety” is a drama inspired by the empowering story of former Clemson University football safety Ray McElrathbey (Jay Reeves), a young man facing a series of challenging circumstances, whose dedication and persistence help him to triumph over repeated adversities. Aided by his teammates and the Clemson community, he succeeds on the field while simultaneously raising and caring for his 11-year-old brother Fahmarr (Thaddeus J. Mixson). 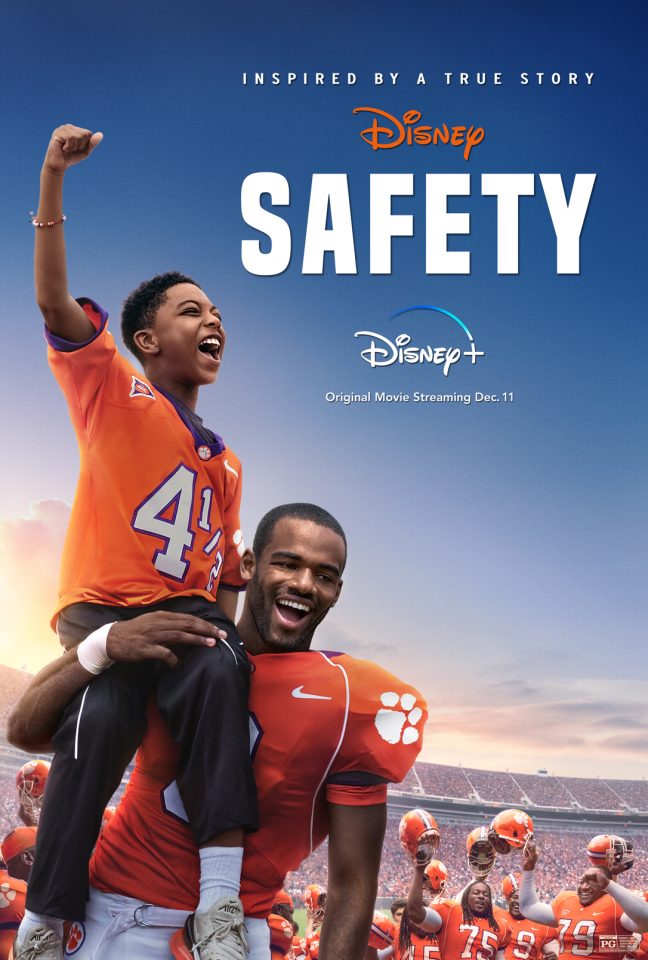 v: 50 Cent explains his approach to storytelling on ABC legal drama ‘For Life’