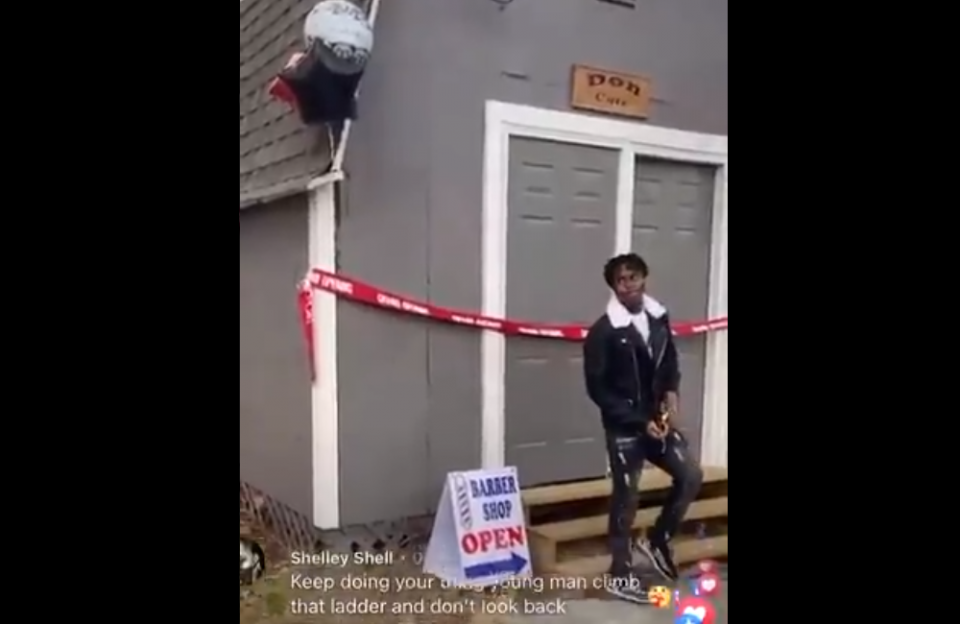 Footage of a mother’s unique Christmas gift to her son is going viral on social media. On Wednesday, Dec. 16, Black Culture Entertainment began circulating a viral Facebook video that captured the mother surprising her 16-year-old son with a home-based business: his own brand new barbershop in their backyard.

The video begins with the teen standing outside of the shed in his new business “Don Cuts” in his backyard. With a large pair of scissors, he prepared to cut the ribbon to officially open for business.

After cutting the ribbon, the teen’s family cheered as they approached the grey shed in the backyard to prepare for the first walk-through. When the teen opened the door, he walked into a fully decorated barbershop equipped with all of the furniture, equipment, and décor he needed to service his customers. Family and friends could also be seen snapping photos and filming the heartwarming moment.

This is beautiful!! Proud Mom Builds Barber Shop For Her 16 Year Old Son In Their Backyard💪🏾💪🏾 pic.twitter.com/Cy31pOm52I

As they celebrated, the teen prepared to serve his first client: his own grandmother.

Part 2 ! His first customer was his grandma ❤️ pic.twitter.com/DX3WI5TLme

The heartwarming moment has gone viral on Facebook and Twitter with social media users commending the teen’s mom for supporting her son’s career endeavors. Others also applauded the young man for his tenacity and drive. Some viewers also noted how this decision could ultimately lay the foundation for the teen’s financial future.

“They really putting this young man in the right position he don’t have to pay booth rent or anything like that,” one Twitter user said. “Man he honestly could fit another young barber or stylist or a nail tech in there and charge them booth rent to have another source of income.”