Skip to content
Opinions and Editorials » To secure equal justice for Black Americans, we need a new Civil Rights Act 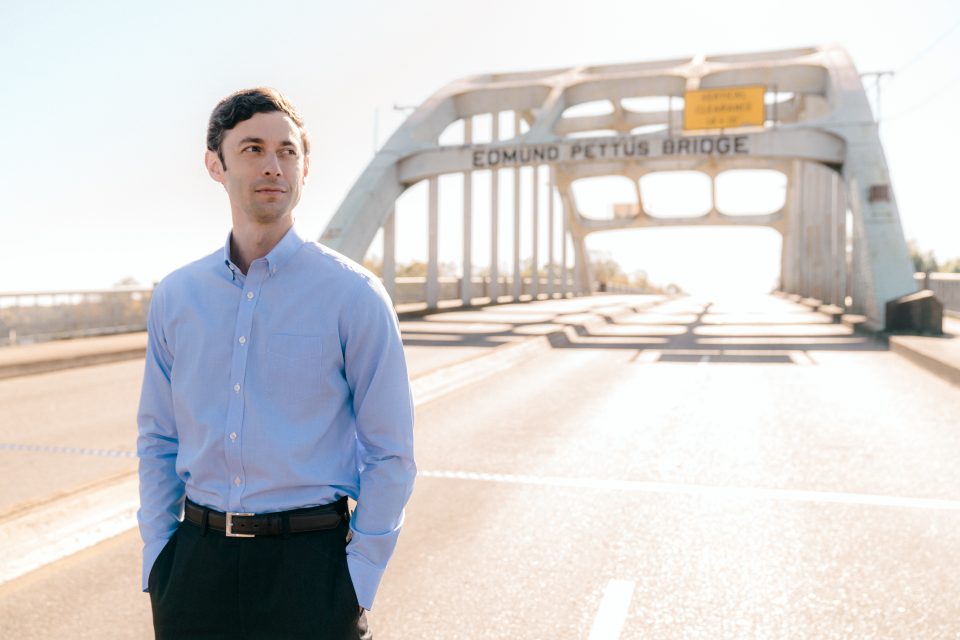 Growing up as a White man in Georgia, I have never known what it means to fear I could lose my life, or face false accusations or the miscarriage of justice, just because of who I am.

But I do know that is a daily fear for Black people across this country, and that’s why in the U.S. Senate I will champion the passage of a new Civil Rights Act to end racial profiling and police brutality and to secure equal justice for all.

In writing, our Constitution already guarantees equal protection under the law.

But when Ahmaud Arbery is shot to death in the street, in broad daylight, and on camera, but police and prosecutors look the other way because he is Black, that makes a mockery of equal justice.

Race and class bias, profiling, and brutality are daily and systemic and America’s justice system. To secure equal justice for all, we must pass a new Civil Rights Act.

I cut my teeth working for Congressman John Lewis. He became my mentor.

Congressman Lewis, and his life’s story, instilled in me a belief in the power of the people to fight for justice.

Daring to demand the right to vote for Black Americans in Selma, Alabama, 55 years ago, John Lewis was nearly killed as he and hundreds marched across the Edmund Pettus Bridge.

That movement’s courage secured the Civil Rights Act and the Voting Rights Act.

But the promise of equal justice in America remains unfulfilled.

So we must fight for a new Civil Rights Act and a new Voting Rights Act to secure equal justice for all, to end police brutality and racial profiling, and to stop anyone from suppressing the sacred right to vote.

The next two years can be the most productive for voting rights and civil rights legislation since 1964 and 1965, but only if we win these two Senate seats in Georgia.

But these two Senate races will determine which party controls the U.S. Senate. So if we don’t vote in record numbers, Republicans will control the Senate, and they will block the civil rights, police reform, and voting rights legislation we urgently need.

But when we do vote in record numbers, and when we do win these Senate races, we will pass a new Civil Rights Act. And then we will look back on the peaceful mobilization this past summer after the murders of Breonna Taylor, George Floyd, and Ahmaud Arbery as our generation’s march across the Edmund Pettus Bridge, paving the way for a new era of criminal justice reform and equality under the law.

We can establish national standards for the use of force by law enforcement. We can ensure true accountability for police brutality and for racial profiling — because the only way to stop abuse is to impose accountability. But we can only do these things if we vote.

We can pass a new Voting Rights Act that will protect the sacred right to vote for every American — but only if we win these two Senate races on January 5.

And so I’m humbly asking you to get out and vote for me and Rev. Raphael Warnock before the polls close on January 5th. Early Voting is open now, and you can text VOTE to 51015 to find your polling place.