Skip to content
Cars » 2020 Genesis G70 RWD 3.3T Sport is bulging with muscle in all the right places

With an engine brazen enough to compete with any Audi A4, Mercedes C Class or BMW 3, it’s no wonder the 2020 Genesis G70 RWD 3.3T Sport was named the North American Car of the Year. Heart racing as it might be, the V6-equipped luxury sports car has a handle Kyrie Irving would be proud to endorse. Save for fuel economy, which is to be expected in a car with as much power as this one, it has no foreseeable weaknesses.

The fact that it hits 60 mph in less than 60 seconds would lead most to believe this version of the Genesis G70 is more fit for drag racing than pedestrian-laden streets. Be that as it may, the control is unspeakably comfortable and convincing. Equipped with four doors and able to sit five snugly, the G70 follows the Genesis’ well-established blueprint of luxury.

Boasting heated seats in the front and rear of its immaculate cabin, six-speed automatic transmission, drive mode select with custom mode settings, auto-dimming, six-inch custom screen, Apple Car Play and Android Auto, Bluetooth hands-free phone system, three USB ports and loads of other features, the G70 is perfect for the occasional getaway or a Sunday afternoon drive with the family. Even upon revving the engine too hard in between traffic lights or freeway markers, the aforementioned features and its capable handling are enough to keep both the daring driver and his unsuspecting passengers delighted. 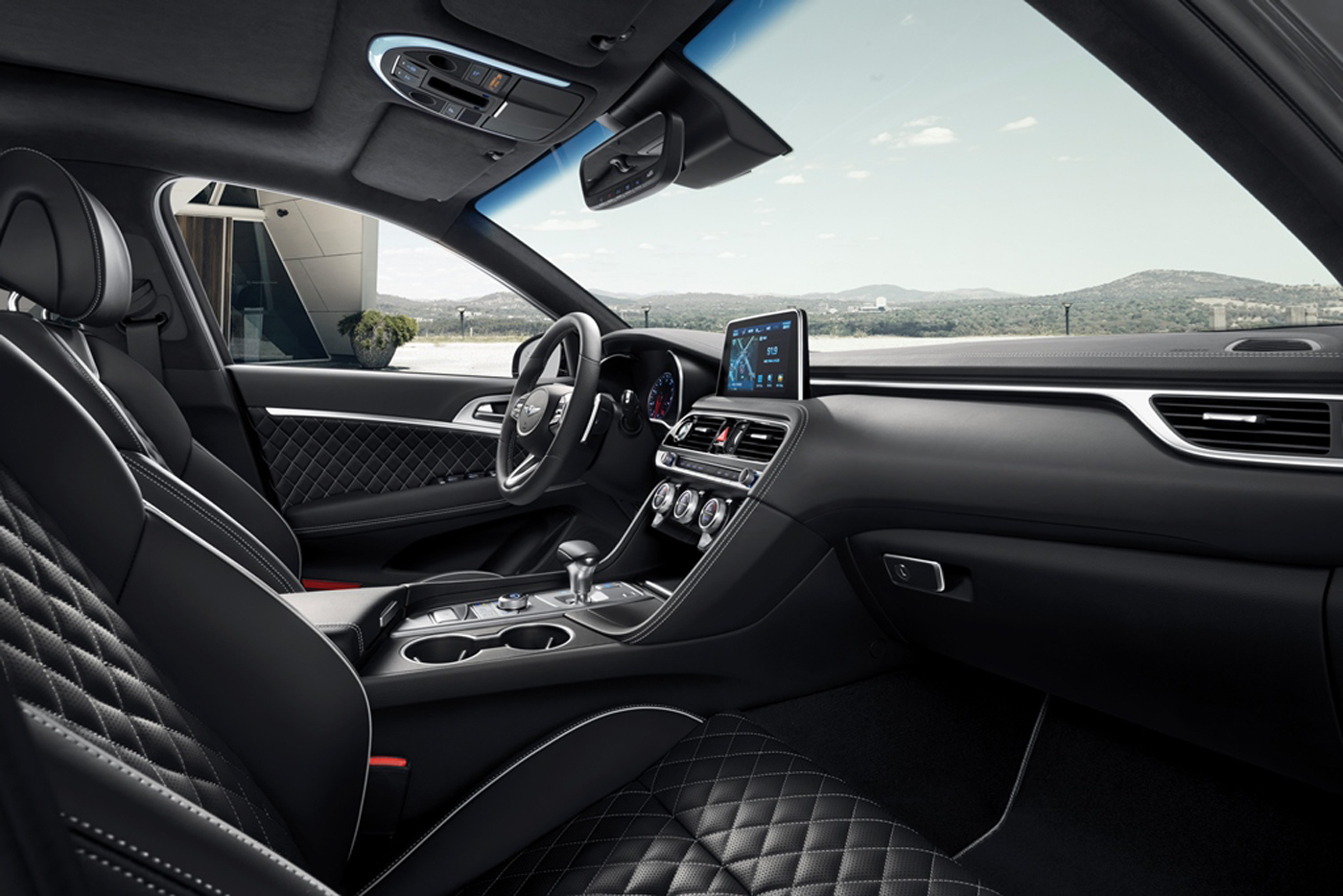 While the Genesis G70 is labeled a small luxury car, don’t expect great fuel economy. With the potential to regularly consume 17 MPG in the city and 26 on the highway, it is simply not built to save money on gas. What’s certain, however, is this car will provide an agile and exhilarating ride under any and all circumstances.

Peep the specs below for more details.