Carmelo Anthony got a gift for Christmas from his wife La La and son Kiyan that he will never part with. La La revealed on Instagram that her 13-year old son wanted to surprise his dad with a pendant of himself on a chain.

She showed off the one-of-a-kind neckpiece in the post below.

The pendant also features a basketball that spins around on his finger and is inscribed on the back with, “Always with you dad, Love Kiyan.”

According to The Shade Room, the piece was made by Mazza New York and cost between $20-25K. The pendant is 14k rose gold, set with VVS E-D diamonds. La La showed the digital rendering on her post since the actual piece won’t be ready for about three weeks. 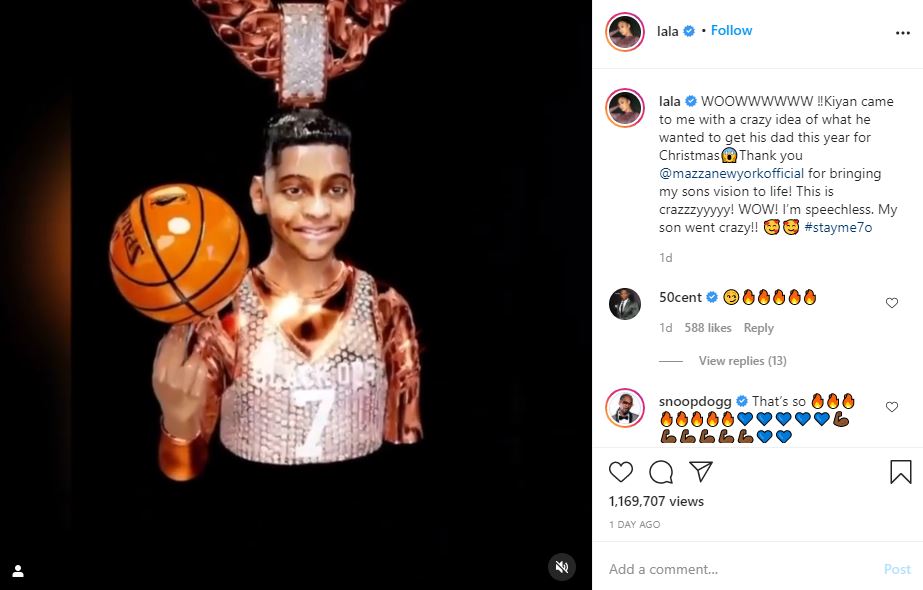 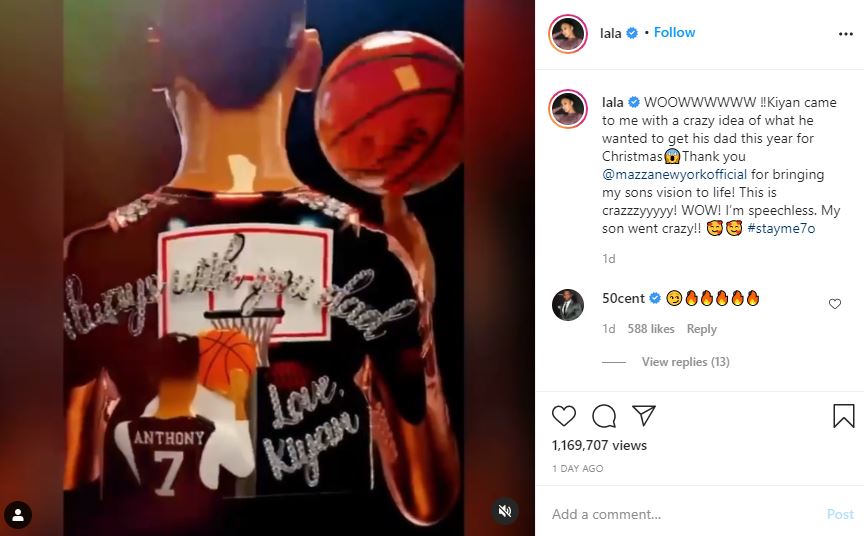 In related news, Issa Rae and La La Anthony have partnered up and are executive producers for the upcoming horror comedy JuJu.

La La will also be featured in the upcoming film Gypsy Moon, which recently finished production. The film stars Lena Headey and Sam Worthington and centers around a troubled burlesque dancer.