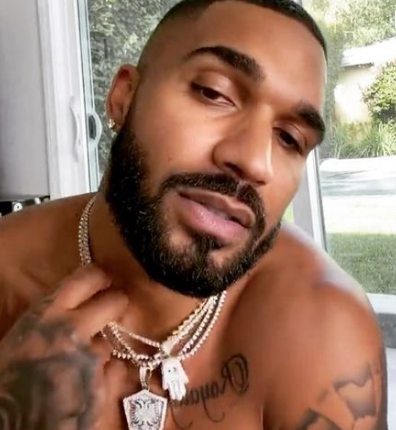 Tyler Lepley is taking public ownership of his sexual orientation by proclaiming he has always been a woman-loving heterosexual — and also denies that his director, Tyler Perry, is gay.

Lepley, one of the stars of the popular sex-drenched drama “P-Valley,” refutes the beliefs of some fans who say he displays gay tendencies, particularly on his other popular show “The Haves and Have-Nots” created and directed by Perry.

During the comprehensive and provocative interview with Angela Yee’s risque podcast “Lip Service,” where few topics are off-limits,” Lepley addresses the matter head-on.

“I remember when I first started out, I was seeing [rumors of being gay] here and there. For whatever reason, people were associating it with my first show. I came out on a Tyler Perry show and for whatever reason, he gets a rap like that, and I know Tyler [Perry] personally and he’s not gay. I was seen around him and all of a sudden ‘he’s rubbing off on me’ and people felt like I was gay or something like that.”

Lepley said he is currently in a committed relationship, but spurned Yee’s plea to identify the mystery woman. He didn’t seem overly concerned with people’s perception of his masculinity.

“I had done something while I was on the set of ‘P-Valley.’ Maybe I was with Clifford or I think I was taking a picture with Alphonse who plays Little Murda, and people started off with the gay thing again. I think if you have a space that people can’t figure out, they can just create a judgment.”

Check out Lepley’s interview in its entirety on the “Lip Service” podcast.