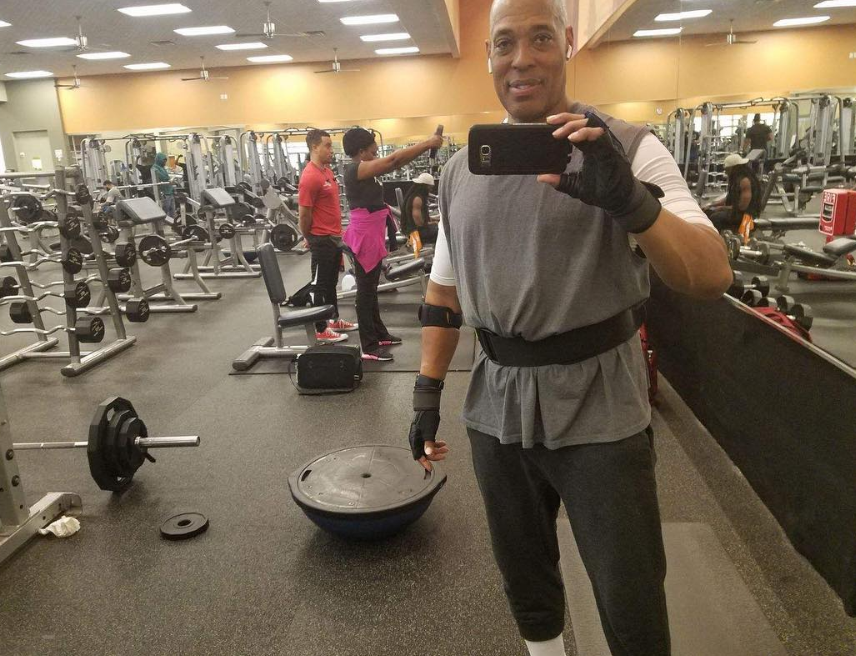 We sadly reported the passing of hip-hop veteran Ecstasy from the pioneering group Whodini last week and now his family has set up a Go Fund Me account to raise money to pay for his funeral expenses. The family is requesting $20,000 to give the veteran MC a proper send-off.

As previously reported, John “Ecstasy” Fletcher passed away on Wednesday, Dec. 23, 2020, at the age of 56 and a cause of death is yet to be revealed. The groundbreaking group was responsible for hits like “Friends,” “Five Minutes of Funk” and “One Love.” Ecstasy was known for his trademark Zorro style hat as well.

So far, nearly $3,000 has been generated and donations can be made at www.gofundme.com/f/ecstacys-legacy. His family posted a statement, reading, “For the overwhelming request for an alternative donation method, we ask you to donate what you can on this platform. No gift is too big or too small. We would like to thank everyone for their kind words and encouragement during this difficult time.

“Not only was he a great musician, he was a great father to his six children and 5 grandchildren. His career touched so many and he will forever be missed as a pioneer in Hip-Hop. Naturally we are grieving during this difficult time, but all of your videos and pictures of our father brings such a light during this dark time. One Love!”

Whodini’s groundbreaking accomplishments also include being a part of the legendary Fresh Fest Tours in the 80’s. The concerts put hip-hop on the map and was one of the first rap national tours. Other artists that were part of the line-up included The Fat Boys, U.T.F.O., Run-DMC, Kurtis Blow, Furious 5, and the late Andre Harrell’s group, Dr. Jeckyll & Mr. Hyde.

Legendary producer Jermaine Dupri, was also introduced to the music world on this tour as he started out as a dancer for Whodini during their live performances.