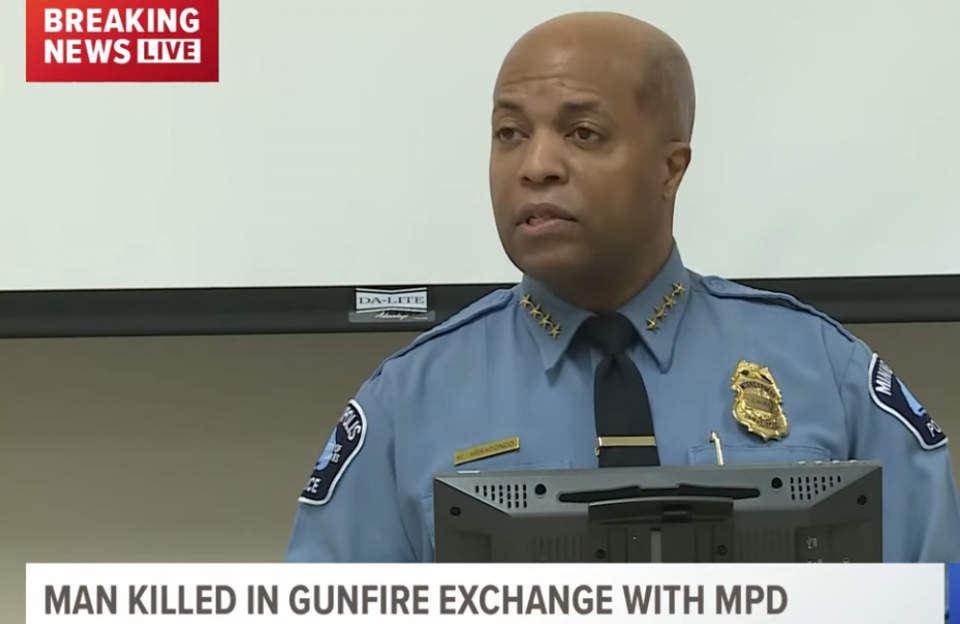 It did not take long for the Minneapolis Police Department to face the wrath of frustrated protesters after the latest officer-involved shooting — the first in the city since the highly publicized death of George Floyd.

Now, Minneapolis Mayor Jacob Frey and Minneapolis Police Chief Medaria Arradondo, are appealing to the public to remain calm while the law enforcement agency “gathers all of the facts” surrounding the series of events that transpired on Wednesday, Dec. 30, 2020.

The fatal shooting quickly drew an angry crowd of protesters to the scene. During the press conference, Arradondo stated that the fatal shooting was the result of a traffic stop gone awry. The shooting reportedly occurred in the midst of an exchange of gunfire between the suspect and police officers. The suspect was announced dead at the scene. Due to the strained relationship between the Minneapolis community and the law enforcement agency, the public remains apprehensive about the police department’s ability to conduct a thorough and fair investigation.

According to the Star Tribune, “a crowd of about 100 protesters congregated near the scene and at times grew tense, shouting expletives and throwing snowballs at police. Later in the evening, protesters remained relatively peaceful as they gathered at a bonfire built in the street.”

Shortly after the shooting, Frey released a statement amid rising tension in the streets of Minneapolis. “Events of this past year have marked some of the darkest days in our city,” Frey said. “We know a life has been cut short and that trust between communities of color and law enforcement is fragile. Rebuilding that trust will depend on complete transparency.”

Frey added, “I am working closely with Chief Arradondo to gather all the facts surrounding what happened tonight and will be relaying that information, in coordination with State partners, to (the) community as quickly as possible. We must all be committed to getting the facts, pursuing justice, and keeping the peace.”

No further details about the shooting have been released. As of Thursday, Dec. 31, the names of the suspect and the officers involved in the shooting also have not been made public.