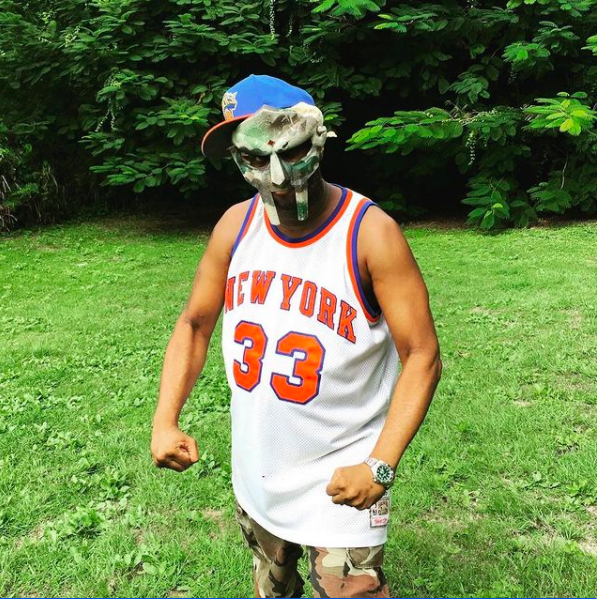 It has been reported by multiple news sources that Daniel Dumile, also known as the rapper MF DOOM, has died at the age of 49. His passing was confirmed in an Instagram post from his wife Jasmine. At the end of the post she mentioned that he “Transitioned October 31, 2020.” 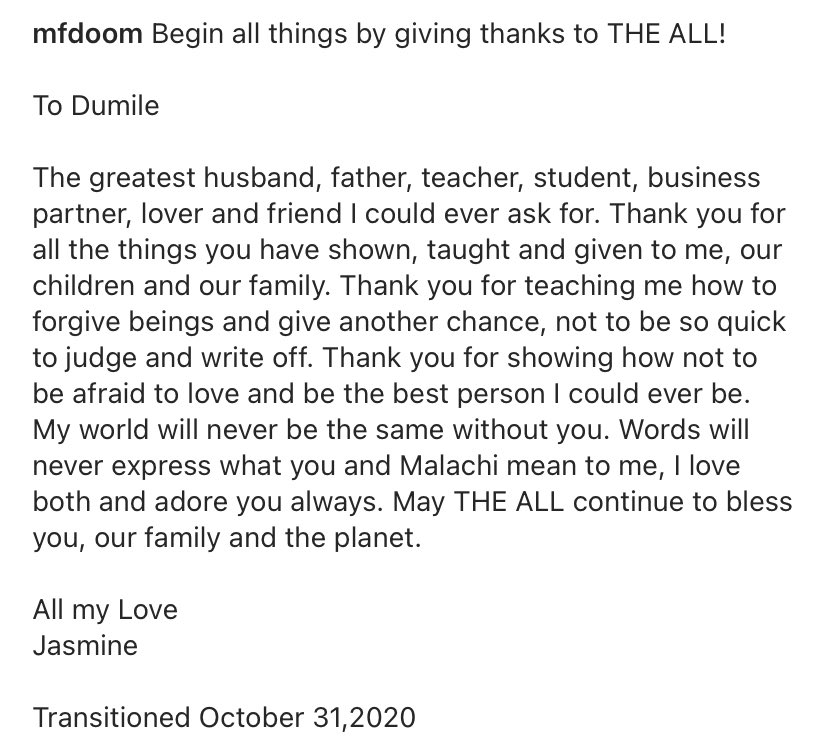 Dumile started his rap career in the rap group KMD as Zev Love X. His youngest brother, Dj Subroc, was also part of the group. Their most notable song as a group was “Peach Fuzz” off of their debut album, Mr. Hood.

DJ Subroc was killed after being struck by a motorist in 1993 right before the release of KMD’s second album.

In 1997 Dumile resurfaced on the open mic circuit with his new persona, MF DOOM. The character, MF DOOM, was inspired by Marvel Comics super-villain Doctor Doom. In 1999 Dumile released Operation: Doomsday and the hip-hop supervillain was born.

Dumile wore a mask whenever he was in public and his face was never exposed. Because of this unique choice, he would incorporate the use of stand-ins at shows where MF DOOM would be booked. As a fan going to one of his shows you would never know if you were getting the real MF DOOM. It added to his mystique.

DOOM would go on to release many notable projects. The collaboration album Madvillany, created with producer Madlib, was Doom’s first commercial breakthrough. He would later go on to collaborate with Danger Mouse on the album Danger Doom and he also offered up production for Ghostface Killah’s project Fishscale.

Dumile would gain more notoriety in the early 2000s, as his music and voice were used during Adult Swim programming.

The internet caught fire when news of his passing hit. Many were confused based on the circumstances and the fact that this could possibly be a stunt. However, as some of rap’s elite began posting their condolences, it became very real.

One of the greatest comebacks/second act stories in hip hop history. RIP to the villain MF DOOM.

DOOM’s label Rhymesayers quelled much of the doubt with their statement. “With heavy hearts, we share these words from MF DOOM’s family. It is our wish to continue to respect their privacy at this difficult time.”

With heavy hearts, we share these words from MF DOOM’s family.https://t.co/hUQAg22Sa4 pic.twitter.com/rJtW5bOwkX