Age is not a determining factor of success. Eighteen-year-old college senior and prolific writer Fanta Ballo is evidence of that. The Harlem, New York, native tells the story of her community and identity through spoken word poetry. A rigorous academic, Ballo was the 2019 commencement speaker at Bard College at Simon’s Rock in Massachusetts, where she earned an associate’s degree with high honors. Currently pursuing a bachelor’s degree in economics at the State Univerity of New York at Albany, she has performed at Black Lives Matter protests, in school auditoriums and for nonprofit organizations like the A Broader Way Foundation and Everytown for Gun Safety.

Ballo’s riveting voice and lyrical poems eventually sparked the interest of singer-songwriter Shawn Mendes. Collaborating with Google, the Shawn Mendes Foundation has bestowed Ballo with the first-ever “Wonder Grant,” a prestigious award provided to creatives whose work invokes social change. The grant will fund the completion of Ballo’s first book of poetry, For All the Things I Never Got to Say.

Ballo sat down with rolling out to discuss her forthcoming book and her story as a writer.

Who is Fanta Ballo? What identities do you think define you?

I was born and raised in Harlem, New York, but my parents are from West Africa — Ivory Coast and Mali. I’m a Black woman. I also identify as LGBTQ, and I carry those identities everywhere I go. I consider myself a writer, [an] activist and [an] artist. I feel like I have to use my art and my poetry to speak up about injustices that I feel strongly about.

What do you hope people will take from For All The Things I Never Got to Say?

So, I’m hoping, I’m really hoping they feel empowered by, you know, the things I went through and, like, the words I use, and I’m also hoping that they realized that healing is not linear, so, like, some days are going to be better than others. And then also recognizing that self-love may be the best love, but it’s not the easiest form of love, right? And then that the fight never ends.

Go to the next page to read more about Ballo’s writing process and listen to her recite one of her poems. 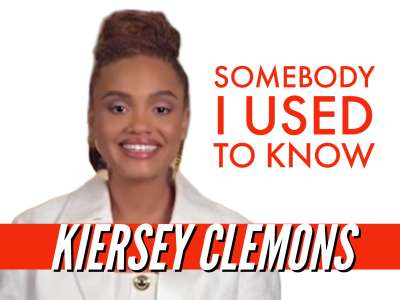 Entertainment Videos
Kiersey Clemons stars in 'Somebody I Used to Know' 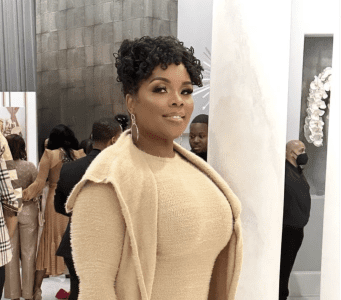 Entertainment Videos
Anna Uzele stars in 'Dear Edward'
We use cookies on our website to give you the most relevant experience by remembering your preferences and repeat visits. By clicking “Accept”, you consent to the use of ALL the cookies.
Do not sell my personal information.
Cookie SettingsAccept
Manage consent