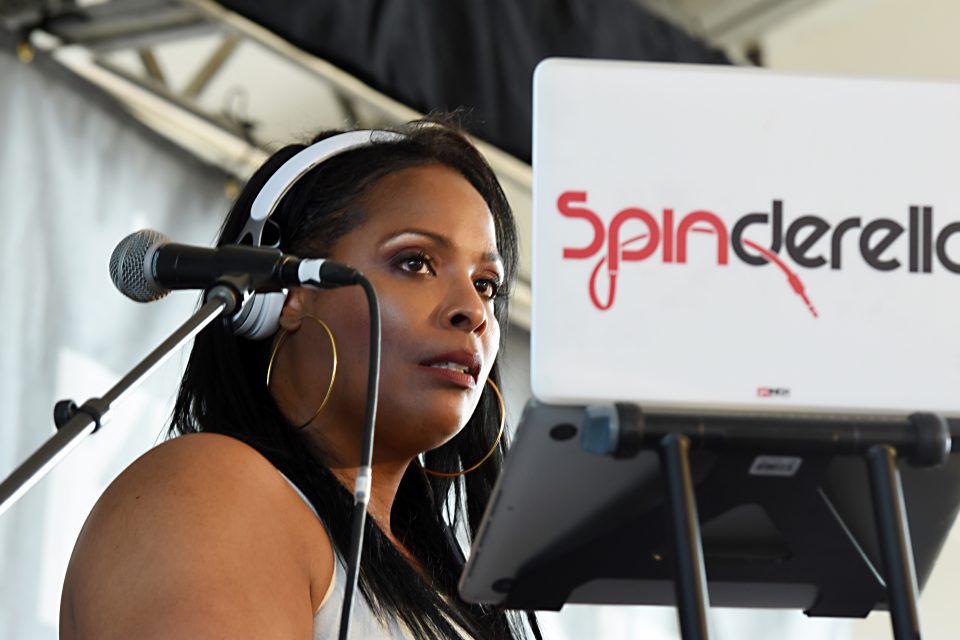 The morning after iconic DJ Spinderella ripped into former bandmates for leaving her out of the Lifetime channel’s premiere of the “Salt-N-Pepa” biopic, social media members joined the chorus of disenchantment with the duo.

The animus between Spinderella and Salt-N-Pepa was exacerbated when the pioneering female spinmaster was pretty much omitted from the biopic. One Twitter user actually noted that fans learned more about the career of Martin Lawrence than Spinderella in “Salt-N-Pepa.”

Spinderella, 49, whose real name is Deidra Muriel Roper, poured out the contents of her soul in a series of heartwrenching tweets on Saturday, Jan. 23, 2021, before the movie premiered.

Spin has been at odds for years with Salt, aka 54-year-old Cheryl James, and Pepa, who was born in Kingston, Jamaica as Sandra Denton 54 years ago. Many fans were unaware until the last few years that Spin was never really a part of the group, but was treated as a contractor.

Spinderella has filed a lawsuit against Salt-N-Pepa claiming she is owed millions in royalties and other damages. And she said the airing of “Salt-N-Pepa” without much of her presence or ivolvement in the project was the latest soul-piercing insult to her personally as well as her name, brand and overall contribution to the group.

Looks like many fans shared Spinderella’s sentiments after they watched the movie and also spit fire onto Twitter:

I wish Salt-N-Pepa realized that we love them but we love Spinderella just as much! We respect her 30 year plus contribution to SNP even if they don’t! #SaltNPepaMovie pic.twitter.com/Wqyy99G3FD

“I’m not feeling the fact that #Spinderella wasn’t apart of this. Woman gotta stop treating each other like s—. #SaltNPepaMovie #SaltNPepa.” said Neqa Da Diva, then she added this next tweet.

I don’t know who needs to hear this, but #Spinderella was and still a bad Bi**h. She deserves her flowers. #SaltNPepaMovie #SaltNPepa pic.twitter.com/fSaqheRmxx

Saddest thing about #SaltNPepaMovie is y’all talk about women’s empowerment but left #Spinderella out. Ain’t no #SaltNPepa without the #Spin pic.twitter.com/vGYj2b1R8z

I love #saltnpepa and appreciated the #SaltNPepaMovie bringing back memories but it needs to be done the right way. It requires at least three nights and includes the contribution of @Spindeezy which is undeniable. #Spinderella

Lifetime loves that last little actor bow into the real people. I enjoyed #SaltNPepaMovie ! Never knew about the ties to Martin & Kid n Play. Will always love #SaltNPepa . I’m ok w/ the movie being what it is. But, it DOES feel weird having the convo after & still not talk Spin😬 pic.twitter.com/edBH0C4h48