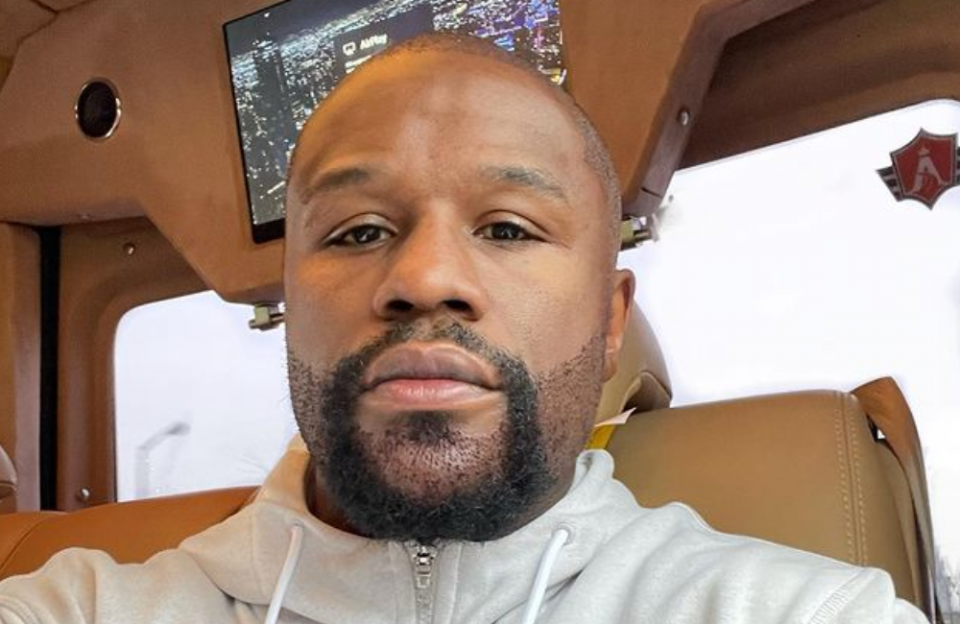 Floyd Mayweather didn’t hold back after Conor McGregor was knocked out in the second round in a surprise upset win by UFC lightweight contender Dustin Poirier on Saturday night, Jan. 23, 2021.

McGregor, who is known for his trash talking, has claimed repeatedly that he could transition into boxing easily and make an impact in the sport. He fought Floyd in 2017, but his boxing skills were no match for the undefeated Mayweather. Mayweather responded to a fan on social media who asked why Floyd was hated for his confident demeanor but McGregor was loved.

Sparing no blows, Floyd responded: “I seen this post and my take on it is that the world knows Con Artist McLoser can steal everything from me and be loved but I’m hated. That just lets you all know that racism still exist. Just know, that bum will never be me or be on my level. I’m just built different, my mindset is on another planet, my skills are second to none, I’m a natural born winner and yes I talk a lot of trash, but every time I back it up! This is what they hate.” 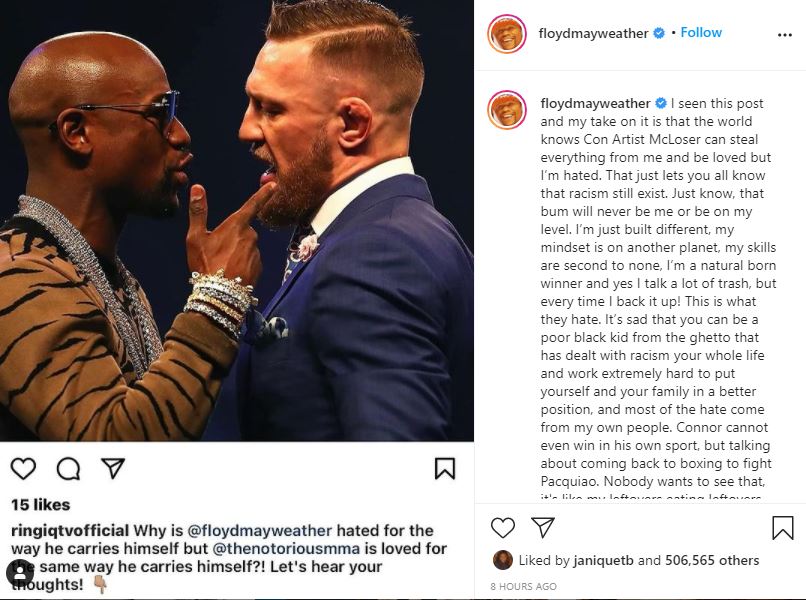 The champ always seems to take the hate in stride and further explained the bias. “It’s sad that you can be a poor black kid from the ghetto that has dealt with racism your whole life and work extremely hard to put yourself and your family in a better position, and most of the hate come from my own people,” he added.

“Connor cannot even win in his own sport, but talking about coming back to boxing to fight Pacquiao. Nobody wants to see that, it’s like my leftovers eating leftovers.”

Poirier defeated McGregor by TKO after nailing him with a barrage of punches at the 2:32 mark in the second round. The fight was the main event of UFC 257 in Abu Dhabi, United Arab Emirates.