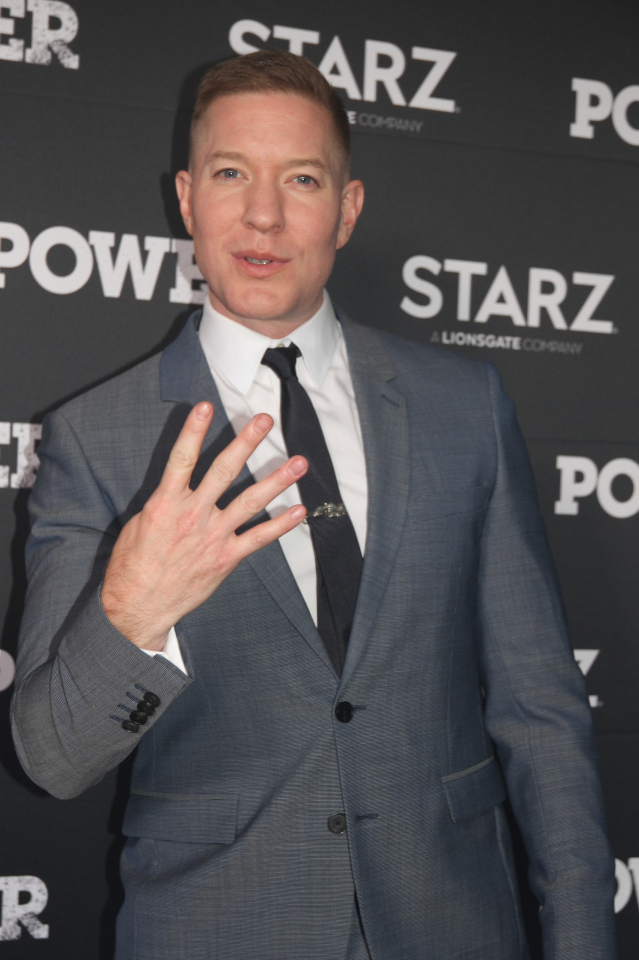 Joseph Sikora at the red carpet premiere of Season 4 of “Power” at the Newseum in Washington, DC on Thursday, June 8 (Photo credit: Dave Goodson for Steed Media Service)

Joseph Sikora recently made a stunning power move behind the Hollywood scenes and signed a first-look deal for his Black Fox Productions banner with Lionsgate TV.

Sikora will be engaged in the creation of TV storylines based in part on life in his native Chicago. “We are looking to fill our canon with stories that expose the inner workings of the city, that follow the establishment of modern-day institutions and laws, and that define often-ignored pockets of the urban landscape,” he said in a statement to The Hollywood Reporter.

Sikora will reprise his role as Tommy Egan in “Power Book IV: Force,” a new spin-off from 50 Cent’s crime drama series, “Power.” “Power Book IV: Force” will center around Tommy Egan after he cuts ties from his former friends and associates, and puts New York in his rearview mirror for good. 50 Cent, Courtney A. Kemp and Robert Munic will also return as executive producers of the new series in the franchise which will air on Starz as well.

“Power has been one of the most successful series in premium pay television during its six-year run, garnering more than 10 million multiplatform views in its last two seasons, and we can’t wait to take fans in a whole new direction as we pick up Tommy’s story with Power Book IV: Force,” Christina Davis, president of programming at Starz also told The Hollywood Reporter.

50 Cent has another spinoff from “Power” called “Power Book III: Raising Kanan,” which will star the rapper and be released later this year. A fifth show is being developed from the Starz drug cartel series as well.

The “Get Rich or Die Tryin’ ” rapper posted Sikora’s good news on Instagram writing, “You think I’m playing around, but I’m not. I’m getting s— done. Green light Gang. @josephsikora4 is out of here.”

Sikora also just received a SAG Award nomination for his role as Frank Cosgrove Jr. in the Netflix series “Ozark” and his impressive résumé also includes “Boardwalk Empire” and “Underground.”