Christina Milian has been cast as the new lead in the upcoming Starz drama series “Step Up” and will replace the late Naya Rivera as Collette in the show.

Rivera died in 2020 while swimming with her son at Lake Piru in Ventura County, California. Her four-year-old son was found in a boat safe, but her body was recovered five days later.

“Step Up” began filming in Atlanta this month, Jan. 2021, and is inspired by the Hollywood blockbuster franchise of the same name. Milian told Deadline, “I am so excited to join the ‘Step Up’ family. I know I have massive shoes to fill. Naya was incredible. I hope to honor Naya, her family, friends and fans with a great performance.”

Starz also announced that it will air the first two seasons of the series, which originally aired on YouTube with Rivera as Collette, starting Friday, March 5, across all their platforms.  The decision to replace Rivera was supported by the cast, the producers and Rivera’s family.

Holly Sorensen, executive producer of the series, also told Deadline, “Naya’s death was a terrible loss to our world that we will, frankly, never stop mourning. It was almost impossible to consider there could be someone so graceful and loving who could both help us honor our loss, while also bringing a deep reservoir of talent to our show, in so many areas. Christina is an exceptional human and a dazzling performer and we are so happy she has joined our family.”

According to Starz, the series centers on Sage Odom, played by Ne-Yo, as the legendary founder of Atlanta’s famed High Water Performing Art School. Collette is the Queen of High Water and Sage Odom’s partner in art, business, and love with a few dark secrets that could bring their world to shambles. 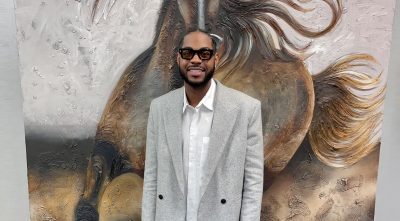 Dr. Q, the man behind GloRilla’s new smile, tells all about cosmetic dentistry