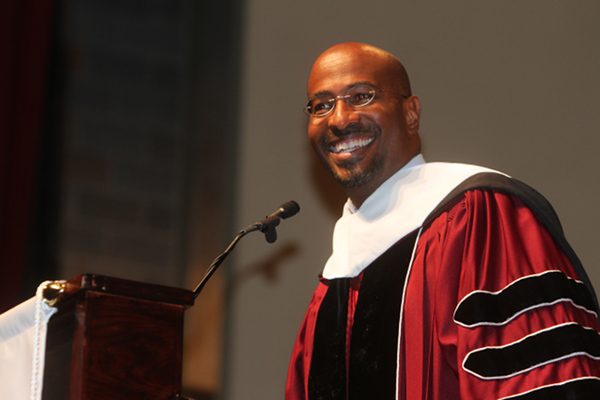 During Jones’ tenure as CEO, REFORM Alliance successfully passed a series of bipartisan legislative wins in several states across the country, including Assembly Bill 1950 in California. The probation reform bill will decrease the state’s probation population by 33 percent and give over 24,000 life years back.

Meek and fellow REFORM co-chair Michael Rubin explained in a statement, “Robert is a game-changing hire for our organization. He has a proven track record of changing laws and is universally-respected by leaders on both sides of the political spectrum. We’re incredibly grateful for Van’s leadership in laying the groundwork for REFORM and spearheading our first round of legislative victories. We’re thrilled for Van to join the Executive Board where he will continue to help build the organization.”

REFORM also worked on House Bill 77 in Louisiana, which was the first bill in the country to create a remote reporting system for people on probation. It allowed people to report to their probation officer remotely rather than being forced to leave a job, struggle to find transportation or childcare to meet with an office in-person and risk the chance of a technical probation violation.

Rooks previously served as the co-founder and CEO of Alliance for Safety and Justice (ASJ). There he partnered with governors, legislators, and community leaders to advance reforms that reduced over-incarceration and prioritized smarter safety investments for communities.

Jones further commented in a statement, adding, “With Robert Rooks as our CEO, the sky’s the limit for us at REFORM. When we first launched two years ago, I set out to build a robust team, elevate REFORM from a start-up to a high-performance organization and generate major legislative wins. We’ve made incredible strides on all three fronts.

The changes will formally take place on March 1, 2021.