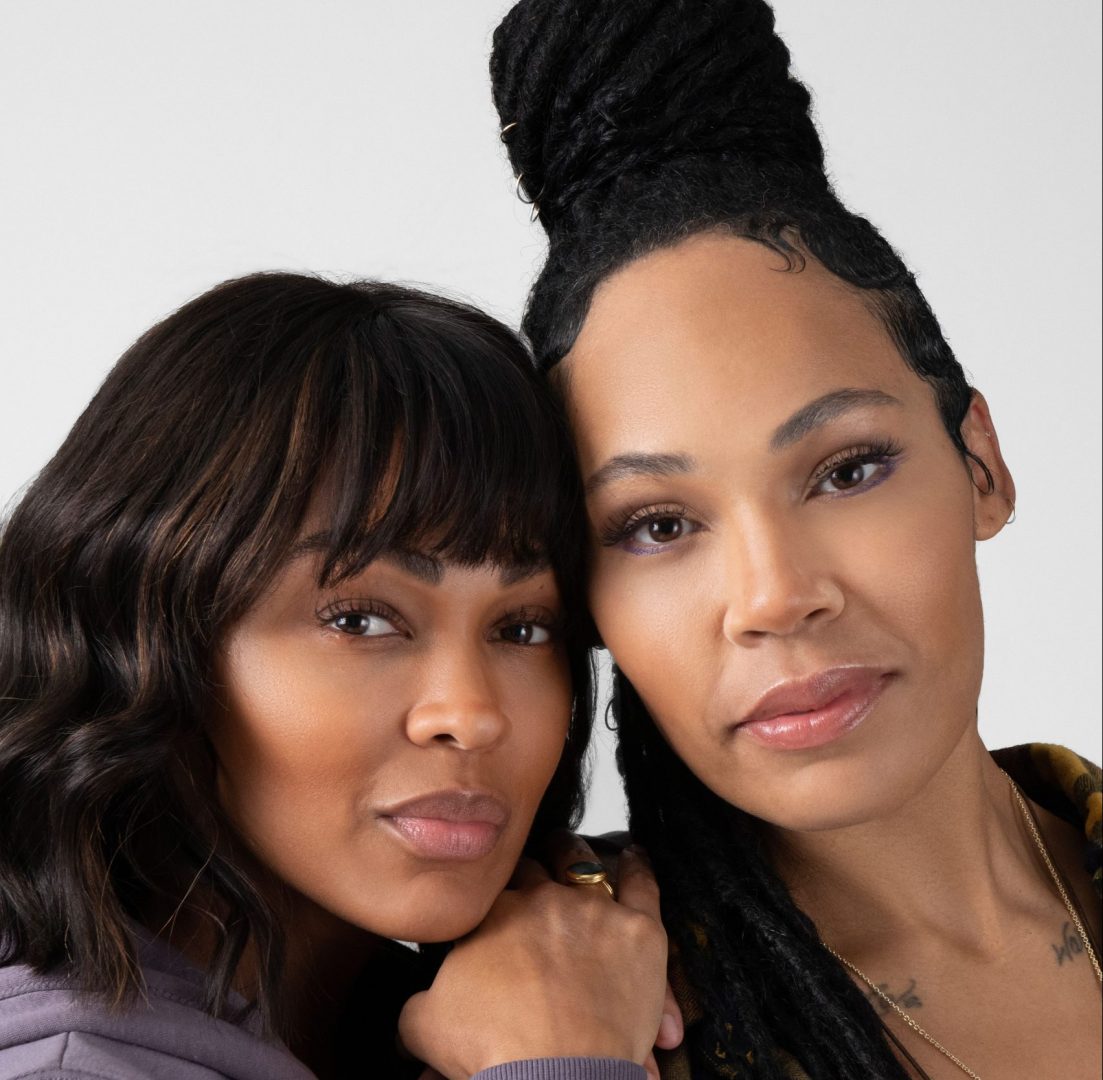 Just days ahead of the premiere of the made for television Lifetime thriller — “Death Saved My Life” — Meagan and La’Myia Good are on opposite sides of the coast. Meagan, who is also the film’s executive producer, is in New York working on an undisclosed set for an upcoming movie, and La’Myia is ironically in DeVon Franklin‘s (Meagan’s husband) ZOOM suite. But the distance, especially during these pandemic stricken times, doesn’t matter. Even 3,000 miles apart, their sisterly bond is everpresent and solid as Manhattan’s heavily trudged sidewalks.

Rolling out down with the Good girls to dig into their chemistry, on-screen and off-screen, and discuss La’Myia’s triumphant return to the big screen.

So, La’Myia, what’s it like for you having to take direction from your younger sister?

You know, it’s funny, she never approaches it in that way. You know what I mean? She’s always got her respectful, older sister vibes going.

But it’s interesting that you would ask that because I did come into this from a standpoint [where] I’ve been out of the game for a minute. I’ve done a few things. I’ve still been working, but smaller things here and there. And I do feel like this is my comeback. I do feel like this is an opportunity for me to really start again and start fresh. … I came in … with the mindset that I was going to learn from her … because I’m trying to be where she’s at in her career.

La’Myia, when you broke away from the music industry, did you know that this was what you wanted to do?

You know, it’s funny, this is what I started doing. I’ve been an actress since I was 7, I chose to make my detour with music, because that is a big part of who I am.

Coming out of that music, I wanted to be into something more stable. I have a real heavy family life and I’ve built this thing with my husband that’s so important to me. And in my artistry, and as an actress, this is my opportunity to still do what I love, but have a little more stability.

Meagan, were you influential at all when she decided that she wanted to get back into acting?

Um, no, we both really know what we want and we both tend to just really go after it. I wanted to sing as well. I just didn’t have as good of a voice as her. I wanted to perform as well, but I’m not as good of a dancer as she is. But we started a group together, [but] when it came time, I remember distinctly I went away to shoot Eve’s Bayou and she went away and got a record deal. I think that is a passion for both of us, but La’Myia is just a really, really, really talented performer and artist and musician in general. We’ve both been really fortunate to do what we love to do, in high levels of capacity, which has been a blessing.