Skip to content
Music » D’Angelo to headline next Verzuz battle Verzuz is switching up the script for their latest music battle. To promote the upcoming competition, they’ve posted a billboard on the Apollo Theater in New York City that mysteriously reads “D’Angelo V. Friends.”

While the details haven’t been released, some of his musical friends that he’s collaborated with in the past have included Erykah Badu, The Roots, Lauryn Hill, Raphael Saadiq and Common. At this point, there’s no telling what this musical night will hold. 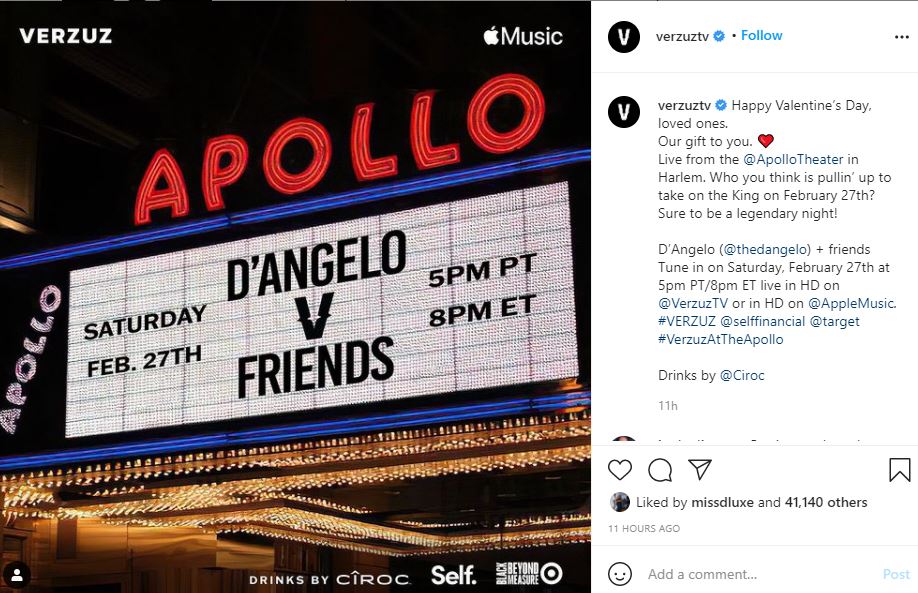 The crooner also spoke with D-Nice about his upcoming Verzuz battle on Instagram Live, stating, “We just wanna give some love to the people man and reach back to the community that brought me to where I am and have some fun doing it. And the Apollo, that’s my house. That’s where I got my start. I started competing there. I did Amateur Night three times when I was 16, and twice when I was 17. A lot of people don’t know, but that’s where I really got my start, so it’s like going back home. It’s fitting.”

The “Devil’s Pie” creator also revealed that he’s been in the lab cooking up some new music adding, “You see where we at, we in the studio, we cutting a lil thang, you know what I mean?”