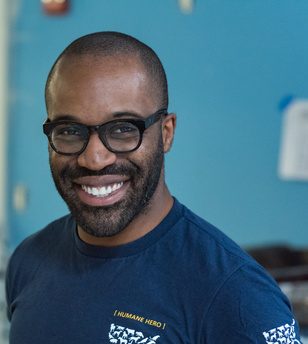 Author of the popular sci-fi and fantasy novels Riot Baby and Beast Made of Night, novelist Tochi Onyebuchi is known for depicting complex social issues in fantastical worlds and settings. Readers will be surprised to learn that Onyebuchi’s latest project will be a work of nonfiction. He announced his latest book, (S)kinfolk: Chimamanda Adiche Ngozi’s Americanah, on Twitter at the start of the new year.

As Onyebuchi notes, the book began as a critical analysis of Americanah by Chimamanda Ngozi Adiche. Like Adiche’s book, Onyebuchi plans to explore the relationship between African Americans and West Africans through his memoir. Further, (S)kinfolk will combine Onyebuchi’s personal experience in navigating Blackness with lessons he’s learned from historical figures like psychiatrist Frantz Fanon as well as modern-day comic book icons like “The Black Panther.”

That time I used critical analysis of Americanah as a pretext for writing about my political education, my love life, Palestine, Paris, and Mom…

Shoutout to @FictionAdvocate for making possible my non-fiction debut. #Afterwordshttps://t.co/vwEdIVcyT0

Onyebuchi’s new book is set to be released on April 13, 2021. For now, check out his other books on blackbookstore.com.