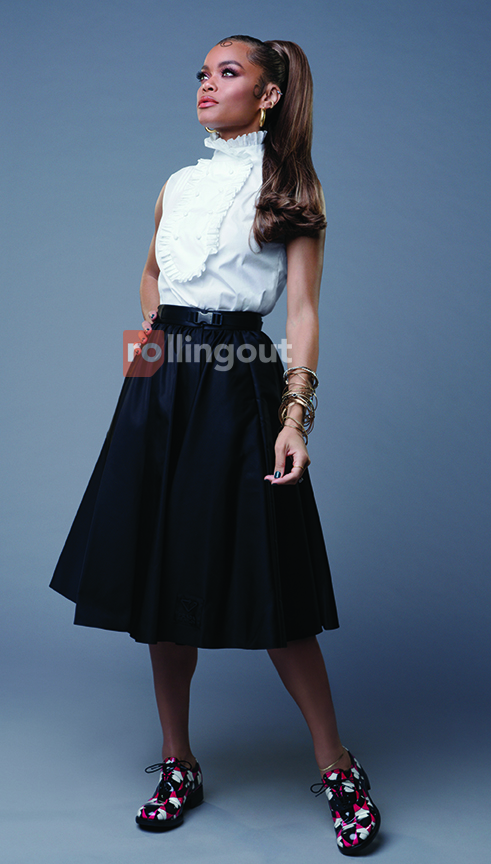 As Andra Day relaxes in San Diego, California, she muses over how hard she fought not to be Billie Holiday. Suffering from extreme imposter syndrome, she did everything she could to not land the role. But God and the universe had another idea for her. Instead of running away, she completely immersed herself not only into Holiday’s life and music but also into her habits to truly feel one with the legendary jazz singer.

Speaking to rolling out ahead of the Feb. 26 release of “The United States vs. Billie Holiday,” Day reflects on her transformation and anxiously awaits the world’s reaction to director Lee Daniels’ latest film.

This is your first major film role. How did you work through your nerves, if at all?

I read Scripture, I meditated, and that was really what got me through it. I was nervous and had knots in my stomach for three months straight. Every day I thought, “They’re going to realize that I’m terrible and fire me.” I just didn’t want to dishonor her legacy. My castmates were divine, and their integrity matched their talent. So that carried me through along with Lee [Daniels].

I actually feel that way. At first, I didn’t want to do it and was actively trying to get out of it by saying things like, “The schedule won’t work.” I was terrified of it. During devotion, I landed on two pages about Peter walking on water and at the moment when he’s reaching out to Christ. What he asks at the moment is, “Cause me to do an act of great faith to show me you.” That’s when everything fell into place. Later, I was pulling out old photos with my mom, and there was one photo of me singing in a choir with my head cocked like hers. Maybe it was meant to be the whole time.

You dove in headfirst and started drinking and smoking to prepare. Why was that the best approach for you?

Tasha Smith [acting coach] and Tom Jones [dialect coach] taught me everything I needed to get the role, but my decision for that approach wasn’t profound, it was [out of] desperation. If I’m going to believe what I’m saying and what I’m doing, I’ve got to feel it in my body, so it was also weight loss, cutting off all my hair, dehydration and starvation. My body is prone to being more muscular, so I couldn’t show up [as a] hard body with an eight-pack. I needed to know why she would pick up a cigarette in the middle of a conversation. Plus, smoking cigarettes slows me down, so it helped me a lot in the heroin scenes.

Continue reading and view a screenshot from the movie on the next page.