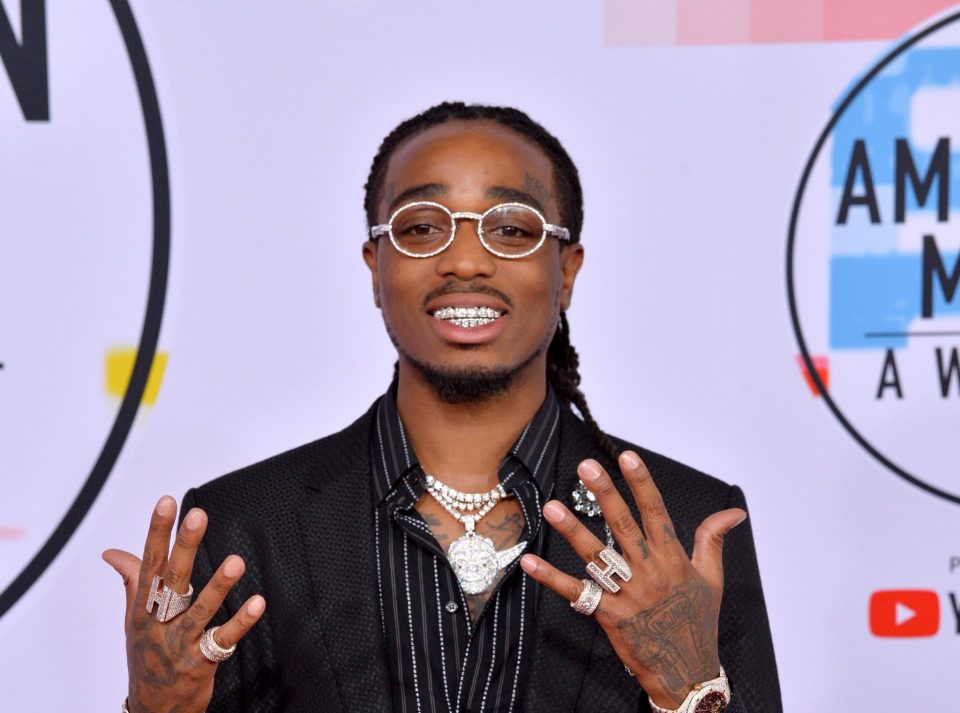 Quavo of the Migos is going Hollywood and will make his feature-film debut in the upcoming film Wash Me in the River. Robert De Niro, John Malkovich and Jack Huston will star in the film alongside the “Bad and Boujee” emcee.  The project is currently filming in Puerto Rico and is being directed by Randall Emmett.

According to Variety, Quavo will play the role of Coyote, “a ruthless and heartless drug lord.” The film is an action-thriller in the vein of No Country for Old Men, with an Adam Taylor Barker script focusing on a recovering opioid addict who seeks revenge on the dealer (Coyote) responsible for selling the drugs that resulted in his lover’s death.

“I honestly think this movie is going to be one of the greatest to come of this time. The experience was unbelievable for me, with Robert DeNiro and Jack Huston being so down to earth and making me feel like family,” Quavo told the Hollywood trade publication in a statement. [You’re] gonna see me doing some stunts and a lot of what you hear from me in my raps. This is one of my biggest debuts I’ve ever had, and I’m so proud of what we did. And to get to work with Randall who’s such an amazing guy — I can’t wait to do more films with him.” 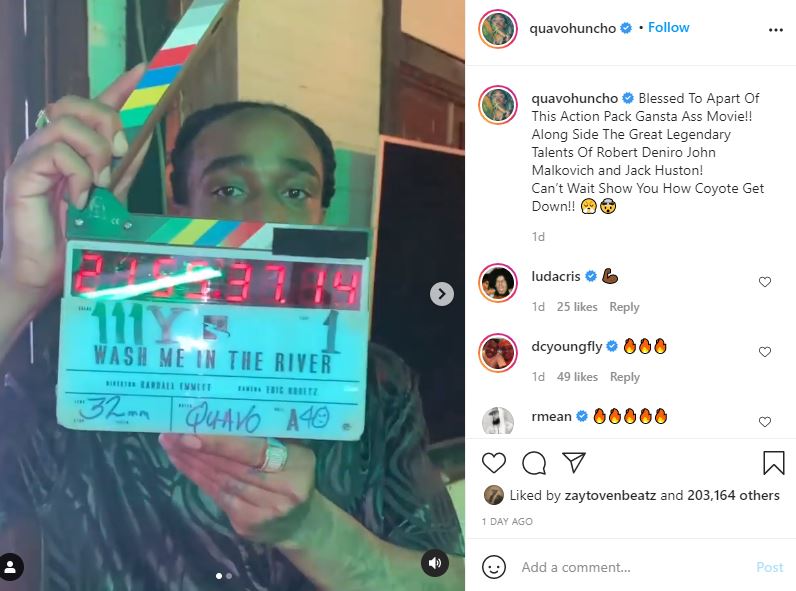 Quavo on the set of “Wash me in the River.” (Image source: Instagram – @quavohoncho)

The “Walk It Talk It” rapper previously cut his teeth on the small screen appearing in such shows as “Atlanta,” “Narcos: Mexico,” “Star” and “Black-ish.”

“Quavo is a superstar and a real actor,” added Emmett in the statement. “Getting to see him bring the Coyote character to life is very exciting, and I think he is going to have a film career equally as big as his music.”

In related news, Quavo also recently revealed that he and his rhyme partners Takeoff and Offset will be releasing their new album Culture III before April.