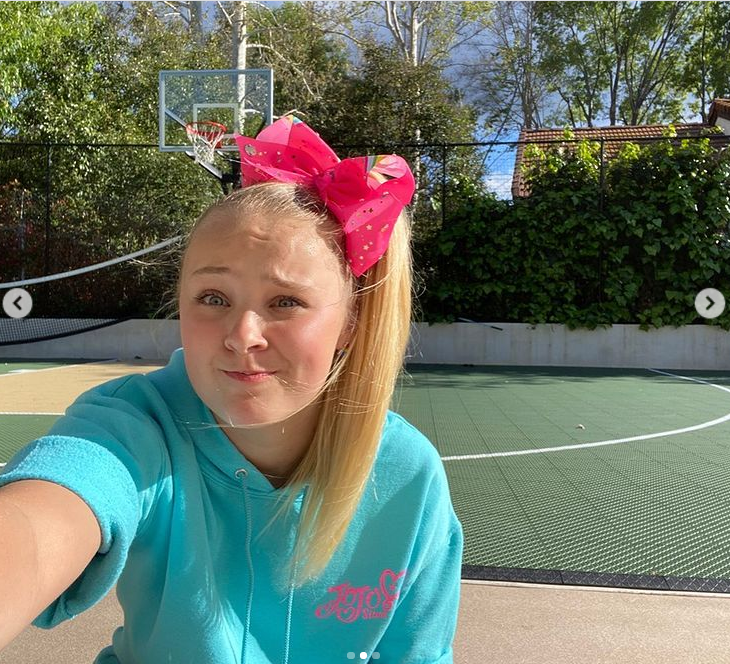 Rap superstar DaBaby is taking heat after allegedly insulting a popular teenage TV star in one of his new songs — an accusation he adamantly denies.

The Charlotte, North Carolina-based rapper unveiled a new video on Friday, Feb. 19, 2021, called “Beatbox Freestyle.” Folks wouldn’t have paid much attention to the song, per se, except that halfway through the joint, DaBaby holds up a picture of JoJo Siwa on his iPhone and raps, “you a b—-, JoJo Siwa, b—-.”

Folks were perplexed at first and then became irate that a 29-year-old man would verbally trash a 17-year-old girl who happens to be a Nickelodeon star with more than 10 million Instagram followers. In addition to her plethora of TV shows, such as “Jo Jo: My World” and “Dance Moms,” Siwa has written children’s songs, including “Boomerang,” whose accompanying video has been viewed more than 900 million times. Time magazine even included Siwi on its annual list of the “100 most influential people in the world” in September 2020.

In addition to Siwa’s immense fame and the fact that she recently came out and announced she has a girlfriend, fans are particularly protective of the teen star. Therefore, they went after DaBaby with a vengeance.

can someone please explain why da baby is dissing jojo siwa when she’s 12 years younger, 10 times richer, and 2 inches taller than him

Why is DaBaby beefing with a 17 year old girl like bruh you could’ve name dropped anyone else 😂Why JoJo Siwa 💀pic.twitter.com/yhmjeWyIn2

Some folks joked about DaBaby’s diminutive stature, adding that at 5 feet, 9 inches tall, Siwa is actually an inch or two taller than the rambunctious rapper.

dababy got no reason calling out jojo siwa like that😭😭 pic.twitter.com/ZYHgvE8Ls3

After getting pelted by fans on Twitter, DaBaby returned to the platform to explain that he holds no ill will toward Siwa and that, in fact, she is his daughter’s idol.

@itsjojosiwa my 3 year old princess is your number 1 fan. I bought her every product you have out. She think she you.😂

Don’t let em trick you into thinking id ever have a problem with you. My word play just went over their heads.

All love on my end shawty, Keep shinning! 💝

DaBaby later added these thoughts but did not address the meaning behind his lyrics.