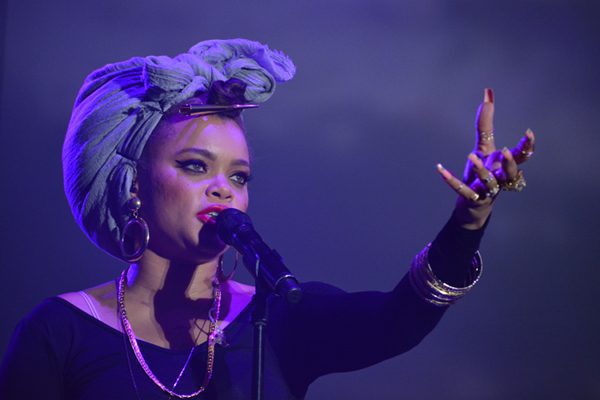 The film centers around Harry Anslinger, the former head of the Federal Bureau of Narcotics, and his government-backed task force. Anslinger made it his mission to constantly harass and arrest Holiday for singing the soulful ballad “Strange Fruit.” The song addressed the lynchings of African Americans.

During the discussion, the question was raised of whether one of Anslinger’s counterparts, J. Edgar Hoover, should have his name taken off the FBI’s headquarters in Washington, D.C.. Hoover was the first director of the FBI and was responsible for COINTELPRO, a series of illegal covert operations instituted to discredit civil rights leaders and dismantle their organizations. The program was designed to spy on movement leaders like Dr. Martin Luther King Jr., the Black Panthers and Malcolm X.

“I 100 percent support that. To me, when you say you want to build a monument or we have a statue or we have his name on the capital building, it’s the same as saying, ‘Oh, well we have Hitler’s name up there.’ Why would we do that?” Day said.