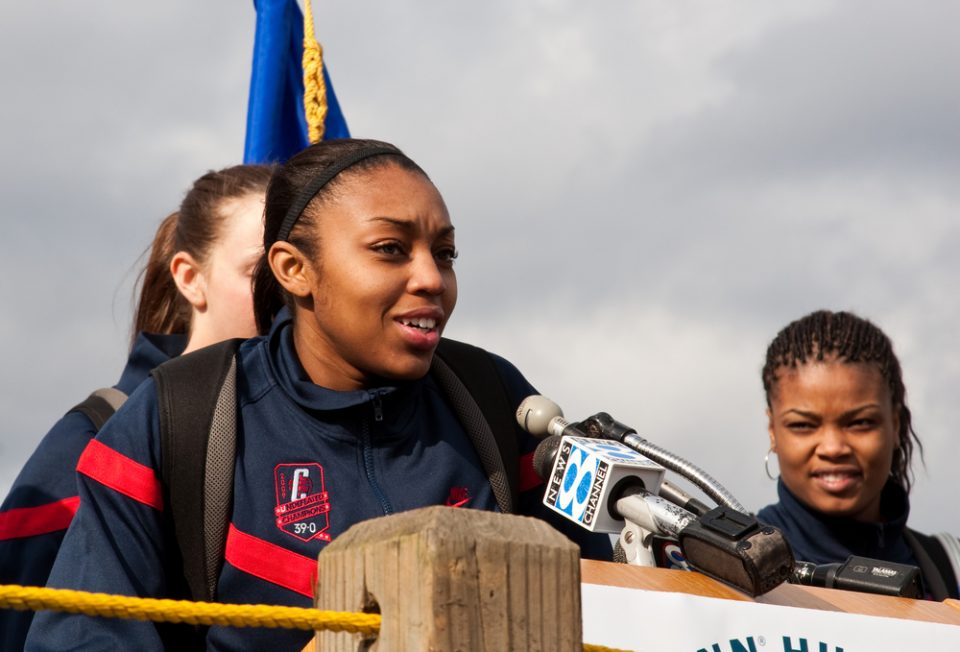 Former Atlanta Dream guard Renee Montgomery became a WNBA team owner on Friday, Feb. 26. Montgomery made history as she becomes the first former player to be both an owner and executive of a WNBA franchise. She’s part of a three-member investor group that was approved to purchase her former team.

The sale follows pressure on former Sen. Kelly Loeffler to sell her share of the Dream. Loeffler is a staunch Republican who angered WNBA players with her opposition to the league’s racial justice initiatives.

Real estate investor Larry Gottesdiener was approved as the majority owner of the team. The third member of the investor group is Suzanne Abair, president of Northland Investment Corp. in Massachusetts, the firm Gottesdiener founded.

LeBron James was responsible for her decision, Montgomery told The Associated Press. James had previously tweeted that he was interested in buying the team with an investment group and remove Loeffler from the business.

Refusing to be a ball hog after Montgomery reached out to James, the NBA champion connected her with WNBA commissioner Cathy Engelbert.

“I wouldn’t be talking to you guys if it weren’t for that group,” Montgomery said.“They were just very welcoming in a sense of, ‘OK, yes let me see what I can do.’ They constantly were there for me, and that’s what I think community looks like … That’s what it’s all about. They all saw my vision and my passion behind it and they all wanted to help.”

James congratulated Montgomery on her accomplishment, tweeting, “So proud of this Queen. This is everything we are about!! #Morethananathlete.”