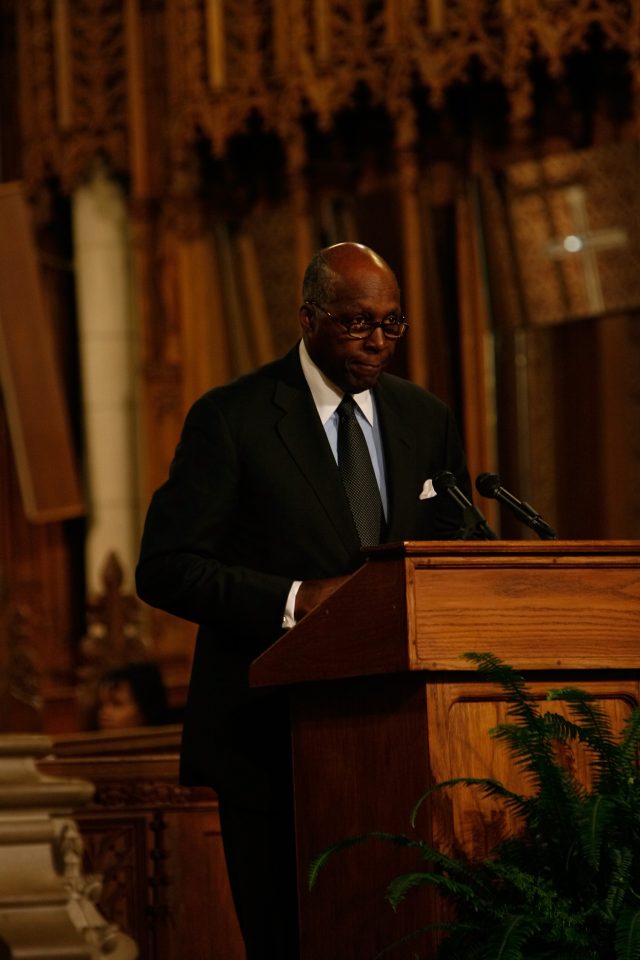 Jordan initially rose to prominence after serving as field secretary for the Georgia NAACP and executive director of the United Negro College Fund. He then became the first lawyer to head the Urban League, which had traditionally been led by social workers. According to The Associated Press, under his leadership, the Urban League added 17 more chapters and its budget rose to more than $100 million.

The organization broadened its focus to include voter registration drives and conflict resolution between Blacks and law enforcement under Jordan’s direction.

Jordan survived an assassination attempt in1980 before transitioning to business and politics.

“It it is with sadness that we confirm that Vernon E. Jordan passed away peacefully last night,” his niece, Ann Walker Marchant, wrote Tuesday in an email to The Associated Press.

Jordan resigned from the Urban League in 1982 to become a partner at Akin, Gump, Strauss, Hauer and Feld. He was also a key campaign adviser to Clinton during his first presidential campaign and co-chaired Clinton’s transition team.

“He was never too busy to give good advice and encouragement to young people. And he never gave up on his friends or his country. He was a wonderful friend to Hillary, Chelsea, and me, in good times and bad. We worked and played, laughed and cried, won and lost together. We loved him very much and always will,” Clinton said in a statement to The Associated Press.

Former President Barack Obama also remembered Jordan, tweeting, “Like so many others, Michelle and I benefited from Vernon Jordan’s wise counsel and warm friendship — and deeply admired his tireless fight for civil rights.”