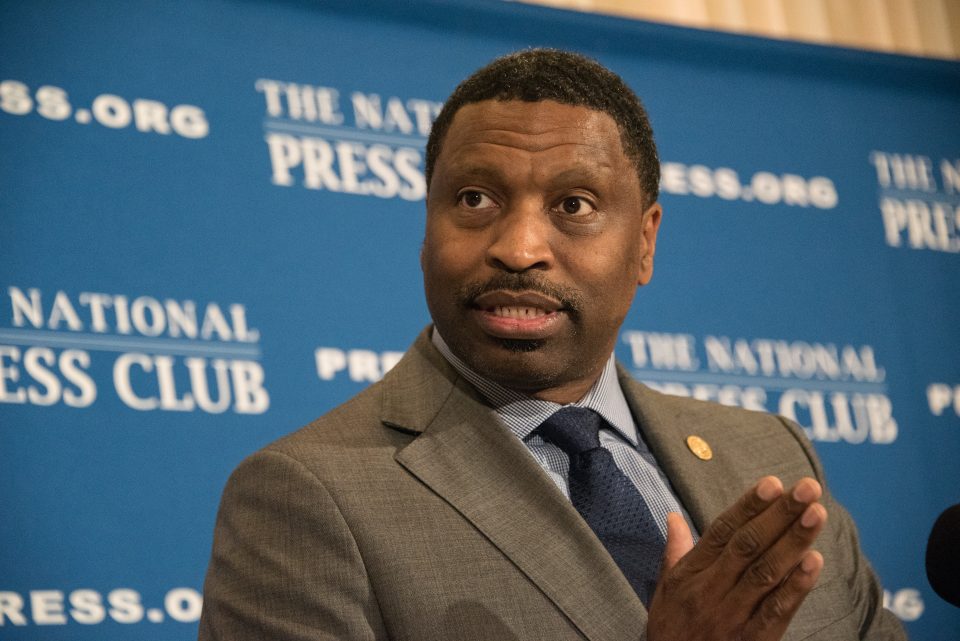 NAACP President Derrick Johnson is requesting a formal meeting with NFL leadership to discuss and “rethink” their relationship with the Fox network. Johnson and the NAACP claim Fox News profits off of hatred and bigotry and uses the funds supplied by their television deal with the NFL to promote their agenda.

“For several decades, the Fox Corporation, and more specifically, Fox News has represented the worst traditions of American broadcasting. The media outlet has used its news division to sow bigotry and racism, create dissension, spread misinformation and promote conspiracy theories that ultimately led to an insurrection against the U.S. Capitol. It is safe to say, the views and opinions of Fox News are often squarely positioned against the progression of our democracy and not in the general public’s best interest,” Johnson said in a statement to Newsweek.

“This is the same network that has used its hosts and personalities to regularly attack the NFL and its players for promoting racial justice. However, this is just one aspect of its inaccurate, incendiary coverage of racial injustice. Network personalities routinely attack Black Lives Matter and downplay the existence of systemic racism and police brutality. A league where nearly 70% of the players are Black and prides itself as America’s favorite sports pastime, should not be complicit in helping to increase the profits of Fox News,” Johnson added.

The NFL announced its new long-term agreement with Fox, CBS, NBC, ESPN/ABC and Amazon on March 18, 2021, to broadcast its football games through TV, cable and multiple digital platforms. The 11-year agreement begins with the 2023 season and will continue through the 2033 season.

“The NFL should immediately rethink its relationship with Fox, given all that Fox has done to harm its players and the franchise. It’s disturbing that this renewal is even on the table. Fox has further fomented racism, undermined the public health response to the pandemic, and attacked the election’s legitimacy at a volatile time. The NAACP is ready to work in tandem with the NFL and hold Fox accountable,” Jackson concluded.

Fox is also scheduled to get Super Bowl broadcast rights for the 2024, 2028 and 2032 seasons, according to the new deal.