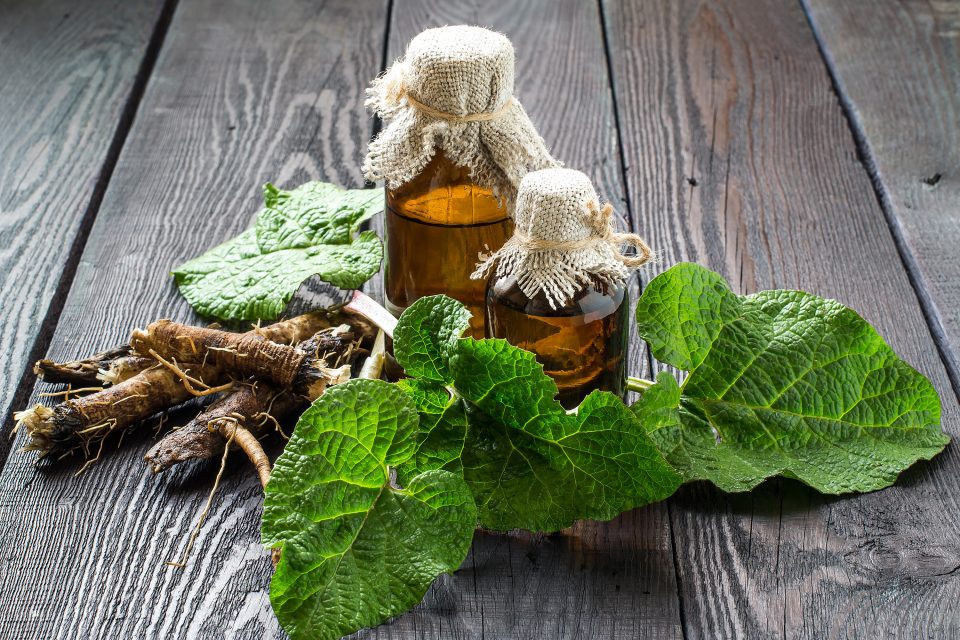 Many of us consume common root vegetables daily like carrots and turnips. However, there is an ancient root called burdock that can help promote amazing skin, hair and overall health. Burdock root is native to Europe and Asia and is full of vitamins, minerals and nutrients. It is also rich in omega-3 fatty acids, calcium, folate and roughage, fiber and water content. Most importantly, burdock root contains polyphenols that fight aging, inflammation and cancer.

First, burdock root works by purifying the blood. The root is loaded with antioxidants and quercetin that eliminate microbes in your blood. Just brew a small cup of tea with burdock root, in powder or crushed form to start taking advantage of its healing properties. Consumers can also add the powder to a smoothie or chew on the root raw.

Second, burdock root fights cancer. A 2011 study conducted by a team led by Fabricia S. Predes, explains the benefits of burdock root extract in fighting certain types of cancers – like liver and pancreatic cancer. The root prevents cancer cells from metastasizing and spreading throughout the body. Just consume burdock root in your diet daily or its extract to reduce the risk of cancer as well as treat cancers in early stages.

Third, burdock root boosts organ health and immunity. The root protects the liver and its cells, says a 2002 study by a team of researchers led by Song-Chow Lin. Burdock root helped patients who had liver damage caused by prolonged drug and alcohol abuse or had an enlarged spleen. Again, consumers can make a hot drink of burdock root and herbs possibly ginseng and licorice roots then drink in regular doses daily.

Fourth, burdock root promotes kidney health and it is a great diuretic. The root causes increased urine production and enhances blood purification. To get this benefit, consume burdock root or its extract in any way in your diet to detoxify. Burdock root is also used by many as a probiotic.

Finally, one of the most popular reasons that people flock to burdock root is because it promotes amazing hair growth. It is rich in tannins, fiber, essential fatty acids and vitamins that promote hair growth. To get this benefit, just add boiled burdock root water to hair oil, mix, cool, and using a dropper apply to the scalp weekly.