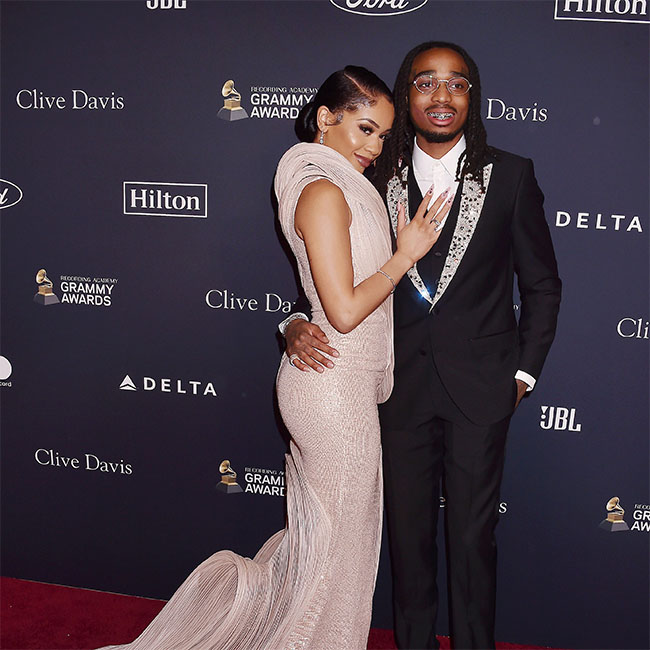 Former lovers Quavo and Saweetie appeared to engage in a physical altercation as they entered a hotel elevator just months before their final breakup.

TMZ got ahold of the video surveillance tapes from an unidentified apartment complex in North Hollywood, California. In the video, the former power couple appears to already be in the middle of some sort of dispute.

As they stood outside waiting for the elevator to arrive, the video starts as Saweetie, 27, takes a swing at Quavo, 28, which he manages to dodge while dropping a large orange object.

The object in question turns out to be a “Call of Duty” portable game case. Saweetie, who was born Diamonté Quiava Valentin Harper, quickly retrieves the game. Quavo, whose real name is Quavious Keyate Marshall, runs to grab the game, and they both struggle together as the elevator door closes.

During the struggle, Saweetie falls to the floor awkwardly and remains there while Quavo stands over her. He looks back at her a couple of times but does not reach to help her up before the elevator door finally opens again.

Quavo used the orange case to prop open the elevator while he waited for Saweetie to stand up. There is no sound, so there is no way to know what kind of conversation went down or if Saweetie was injured in the struggle. But she did pull herself up under her own power and had a slight limp as she walked out of the elevator.

The video can be viewed below.