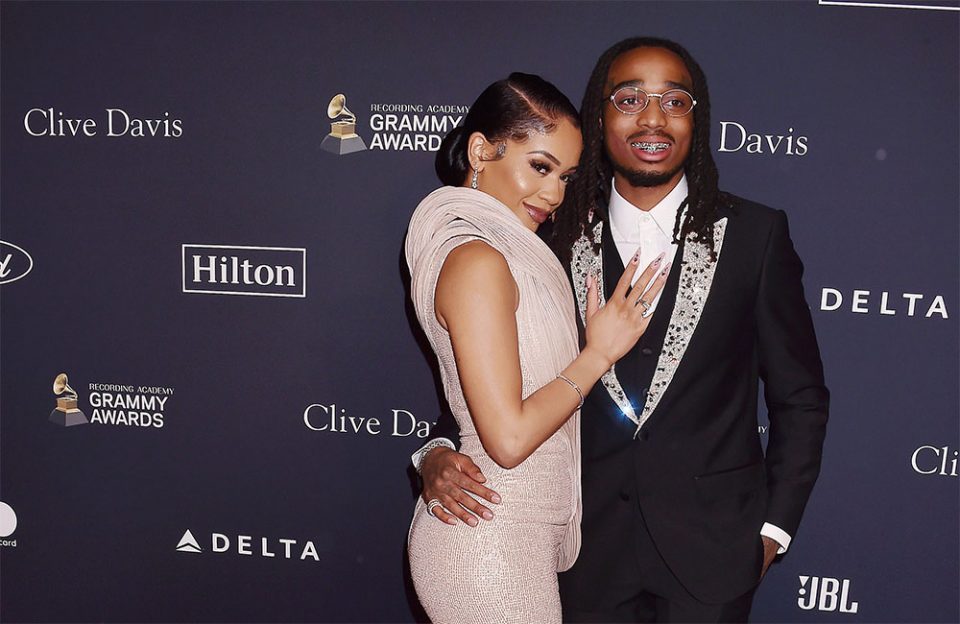 The Los Angles Police Department has launched an investigation into the fracas that popped off between Quavo and ex-girlfriend Saweetie as they entered the elevator of a North Hollywood apartment complex.

Authorities want to speak with Quavo, 29, and Saweetie, 27, separately and then decide if there is enough evidence of domestic dispute to forward the case to the Los Angeles City Attorney’s office, Page Six reports.

As rolling out reported, a video was unveiled on Tuesday, March 30, 2021, by TMZ and others that showed the two former engaged lovers wrestling around in an elevator over an orange video game case. After the video went viral, the two rappers informed the entertainment publication that the episode took place in December 2020.

Saweetie, whose real name is Diamonté Quiava Valentin Harper, was knocked to the floor of the elevator and took some time to pull herself up. Saweetie was renting an apartment in the posh section of LA at the time.

Both rappers, who were once inseparable after they officially started dating in 2018, are both in their feelings about the contentious breakup and subsequent squabbling.

“Presents don’t band-aid (sic) scars and the love isn’t real when the intimacy is given to other women,” Saweetie posted for her 17.5K Twitter followers.

Quavo, who was born and raised in Atlanta as Quavious Keyate Marshall, never confirmed nor denied the allegations of serial infidelity. But he did retort to Saweetie’s tweet, saying that her real self, which that he had a strong aversion to, came out later in the relationship.

“I had love for you and disappointed you did all that,” Quavo explained to his 3.4 million Twitter followers regarding why he broke up with Saweetie. “You are not the woman I thought you were. I wish you nothing but the best.”